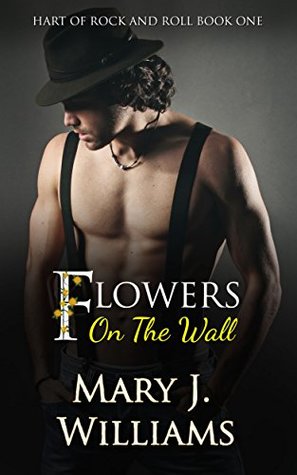 Ryder is the most romantic rocker ever!!!~~Amazon Review

From the bestselling HART OF ROCK AND ROLL series. An epic STANDALONE story about, redemption, love, friendship… and music. Because every great romance needs some HART.

Ryder Hart came up the hard way. From his childhood, to scratching his way to the top of the charts. Every moment was a struggle. Now that he’s at the top, nothing will take him down. Not even a secret so dark it invades his dreams and haunts his waking hours.

Quinn Abernathy’s hunger for success is no less than Ryder’s. If she wants to succeed in the highly competitive world of photography, she can’t let anything, or anyone, get in her way. Until Ryder. He makes her long for more than she ever thought possible.

Music is Ryder’s life. There isn’t room for a woman like Quinn Abernathy.

A woman who asks for nothing, but wants it all.

THE KNOCK ON the dressing room door was firm and decisive. Whoever it was seemed to know what they wanted. He sighed. Pushy or tentative—it seemed someone always wanted something. All he wanted was a hot shower and a few blissfully uninterrupted hours of sleep. He should have gone straight to the hotel instead of collapsing on the sofa. After all these years, he knew better.

He didn’t answer when the pounding got louder. With a sigh, he slung an arm over his eyes and hoped against hope that whoever it was would take the hint and go away.

Ryder didn’t bother to look. She had a nice voice. A little husky. But his interest was zero. Neither his brain nor his dick was in the mood.

“They might not be, but I am. Don’t worry, Mr. Hart, your virtue is safe. I’m not looking for bragging rights. My name is Quinn Abernathy. We have an appointment.”

“It’s Quinn. Not sweetheart. Not honey. If you can’t remember my name, I occasionally answer to hey, you. But keep the sugary platitudes for your adoring fans.”

Interesting. In spite of himself, Ryder raised his arm enough to get a look at the lady with the acid tongue. Well, shit. He had hoped she would look like somebody’s aunt. Instead, Quinn Abernathy was a knock-out. He felt a stir of interest. But not enough to do more than roll over so his back was to her. It was meant to end the conversation.

“Jesus H. Christ.” Ryder whipped around. “I don’t give a fuck. My head is pounding. My knee has swollen up to twice its normal size, and I need something to eat besides the crap they put out in my dressing room. Whatever you want, can it wait until morning?”

“Sure.” Concerned, Quinn’s blue eyes lowered. “What happened to your knee?”

It wasn’t far from the truth. Ryder’s entire childhood had been lived in a war zone. He survived because he learned how to avoid the ever-present landmines. One time, when he was ten, he wasn’t fast enough. The result had been a baseball bat to his knee. It had healed. But now and then—like tonight—it flared up.

Ryder didn’t know what the lovely Quinn thought of his explanation. She had a mighty fine poker face.

“I won’t keep you. Get some ice on that knee. And I would recommend a steak. The hotel where you’re staying serves a mean ribeye.”

“Wait.” All of sudden, Ryder wasn’t as anxious for her to leave. “Are you staying at the St. Regis?”

Shaking her head, her lips curved. Nice lips tinged with a touch of red gloss. Ryder wondered about the flavor.

“Not yours.” Halfway out the door, Quinn paused. “I’m a photographer, Mr. Hart.” She patted the bag that hung over her shoulder. “Not a groupie.”

“I don’t have sex with groupies.”

“I remember.” Quinn laughed. “I’m not immune, Mr. Hart. And maybe—somewhere down the line—we’ll see what we see. But for the time being, let’s keep this professional.”

“I didn’t proposition you.” Ryder wasn’t used to women setting boundaries. That was his prerogative.

“You were going to.” With that closing shot, Quinn shut the door.

Refusing to let her have the last word, Ryder hurriedly limped across the room.

“Hey, you,” he called out. Quinn was already at the end of the hallway, but she heard him. To his delight, she stopped. Slowly, she turned toward him. In the glow of the harsh fluorescent lighting, Ryder could see that she tried not to smile.

“Why do I need a photographer?”

Ryder loved a woman with confidence. “That doesn’t answer my question.”

“I guess you’ll have to wait and find out.” 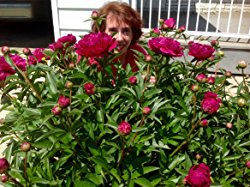 Want to know how to motivate yourself to write a book?

Have your favorite football team lose the Super Bowl.

On the last play.

The next day I was so depressed I tuned out all media. No TV, no internet, no newspapers–nothing. And I started to write. I’m still writing.

As you can see, a little motivation can do wonders.

Football will play a big part in a series of books due out next year. And since I’m writing the ending? No interceptions. Guaranteed.