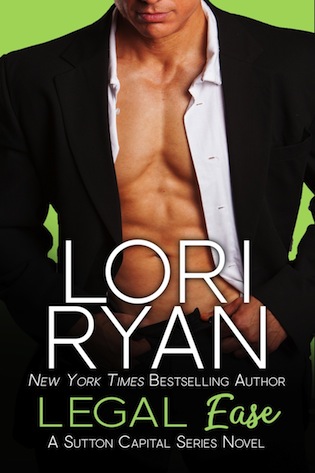 A marriage-of-convenience with a twist

Jack Sutton isn’t about to be backed into a corner by the stipulations of his mother’s will. She might have wanted to be sure he was married by the time he was thirty, but that doesn’t mean he needs to give in. There’s always a way around anything that stands in his way. This is no exception. If only he hadn’t made the mistake of telling his aunt he’d be introducing his fiance to her that afternoon.

When Kelly Bradley walks into the middle of his meeting with his aunt, he can only assume his best friend sent her. She’s the answer he needs, isn’t she? And if Andrew sent her, he must have screened her. Saying yes to her proposal will hand him the solution he needs.

But will her fix end up costing a whole lot more than either she or Jack planned to pay? When her life is on the line, Jack finds himself racing to save the woman he’s fast losing his heart to.

Heartwarming contemporary romance with a heart- stopping twist of suspense. Legal Ease is the first book in Lori Ryan’s widly popular Sutton Capital Series, but it can be read as a stand-alone book.

Sutton Capital On the Line:

Kelly’s head was throbbing when she woke, and she felt nauseated and confused. She tried to shake the foggy feeling in her head and rid the cotton from her mouth. Panic set in when she realized her hands and feet were bound with thick layers of duct tape and she was in a room she didn’t recognize. Kelly felt as though a band was tightening over her chest, suffocating her. Waves of panic swept over her and bile burned at the base of her throat.

She was lying on the floor in a typical bedroom; a bit small. It was daylight out. There was a twin-sized bed, and a torn-up upholstered chair in the corner, but that was it. The room was bare, other than those two pieces of furniture.

Kelly fought to pull details from her mind, grasping at threads of memory so thin they seemed to fall from her memory before she could see where they went. She closed her eyes and took a few deep breaths and pictured herself earlier in the day. It would have been noon when she was grabbed. She had left the clinic at noon.

She could remember walking out the back door of the clinic. Denise had asked her to take the trash to the dumpster on her way out, so she left through the back door even though her car was parked out front. Out front – where her security detail would have been.

She struggled to remember, but felt as if there were holes in her mind; as if her brain weren’t functioning quite right. She could remember someone coming at her from behind as she walked out into the alley, then a strong, sweet smell filled her nose and overwhelmed her before she blacked out. Nothing about the memory seemed right, like trying to put together pieces of different puzzles.

Tears were flowing freely now. Kelly could picture four men surrounding her and she remembered seeing a van before she passed out. The men wore masks….

Staying calm was no longer an option. Fresh waves of sheer terror bolted through Kelly’s body. She closed her eyes tight and tried desperately to calm herself, but she had never felt a level of dread and utter anguish like this. Her mind started running through all the ways that this could end, each image sending her into further panic until she felt like she would choke on the fear. Then one image stopped her catapult into darkness. Jack 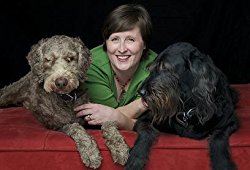 Lori Ryan is a NY Times and USA Today bestselling author who writes romantic suspense and contemporary romance with steamy love scenes and characters you won’t want to leave in the pages when the story is over.

Lori published her first novel in April of 2013 and has fallen in love with writing. She is the author of the Sutton Capital Series; the Heroes of Evers, Texas; and the Triple Play Curse Novellas, a set of novellas with sexy baseball players at their core as part of Bella Andre’s Game For Love Kindle World. She has also published in Melanie Shawn’s Hope Falls Kindle World and in Robyn Peterman’s Magic and Mayhem Kindle World.

She lives with an extremely understanding husband, three wonderful children, and two mostly well-behaved dogs in Austin, Texas. It’s a bit of a zoo, but she wouldn’t change a thing. She loves to connect with her readers. Follow her on Facebook or Twitter or subscribe to her blog.