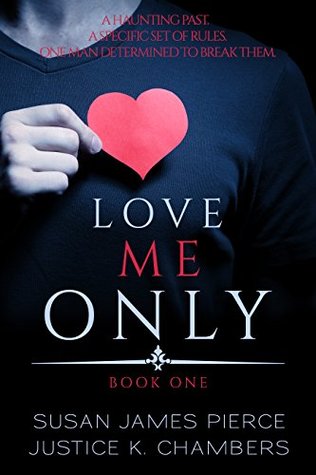 Bridesmaids meets Sleeping with the Enemy.

A haunting past. A specific set of rules. One man determined to break them.

Chase Anniston has a haunting past full of drug abuse and heartbreak, and now as a recovered heroin addict, she’s focused on keeping her life and career on track. The way she does it? She’s formed a set of rules to keep her safe from the two things she deems trouble – men and drugs:

Never give into your cravings.

And these rules have kept her out of trouble for years… until Jared came along.

Jared Bryan is a country music star who used to be more notorious for partying and womanizing than his music, and he’s now a client at the PR firm where Chase works. A chance run-in with her at a bachelorette getaway in Vegas leaves him both intrigued and perplexed. Chase is like no other woman he’s met before. She’s beautiful. She’s feisty. And she’s not easily impressed. Chase might be everything he’s ever wanted, but he’s also the last thing she needs. He’s hell bent on winning her over anyway.

Love Me Only is Book One of the Love Me Only Duet, a Romantic Suspense series. Intended for readers 18 and over.

This book may contain substance and domestic abuse triggers for some.

You know the moment you can feel someone standing behind you? Like you can sense their energy? Multiply that by about a thousand, and that’s what this feels like.

I turn to see who’s in my personal space, expecting it to be some drunk idiot, but it’s not.

It’s a guy who looks exactly like Jared Bryan… the playboy country singer Stella represents – fair skin, eyes so blue they can’t be real. I’ve never met him in person; he’s never come to the Atlanta office. But I’ve seen numerous pictures, and this guy’s dark hair is a little longer than Jared’s. And he seems… taller than I imagined Jared to be. Leaner. Not skinny, but lean in a cut way. In a really tasty way.

He could quite possibly be a hotter version of the singer himself. And apparently he knows it.

He smirks at me as I study him.

I shake my head. Get it together.

“Jared Bryan,” he says, extending his hand for a shake.

I laugh. “Right.” What a douchebag. Going around pretending to be him.

He cocks his gorgeous head. Gives me a ‘you don’t believe me?’ look.

“Okay, Jared,” I say, mocking him, and then shoo him away with my free hand. “Go use this one-man sideshow on someone else.” I’m not buying it. Last I heard, the real Jared was in Nashville working on his latest album. “Like a girl who’s drunk and incredibly desperate.”

He just stands there, still smirking. Like he’s waiting on me to cave.

When I turn back to the railing and scan over the crowd for my friends, I hope he’ll get the hint. But of course he doesn’t.

I take a long sip of my cranberry juice, wishing it had a shot of something strong in it, and suck in a piece of ice.

He moves to stand beside me, abs pressed against the railing. “Full house, huh?” he says.

I ignore him, crunching on the ice.

She whips out her phone and takes pictures.

I turn my head away, shielding my face with my hand as much as I can. I don’t want to be seen next to Fake Jared on social media.

Girls flood over to the bouncer to try and get up the stairs.

I’m too amused at this point to be irritated. I can’t help but smile smugly at him. “You’re eating this up, aren’t you?” He studies me, almost a little too intensely, his smile widening. God, he’s got a killer smile, and I’d be lying if I said it doesn’t make my lady parts melt. He’s good, I’ll give him that. He’s even wearing Jared’s signature leather jacket.

“I’m not sure how to answer,” he finally says.

“Oh, cut the crap,” I chuckle. “You’re a Jared impersonator looking to get laid.”

He shrugs, looks back over the crowd. “Maybe, maybe not,” he teases.

“Yeah, she’s stumbled off to the bar. You’re good.”

When I face the crowd again, he says, “Not a drinker?” I look into my cranberry juice, back to him. “Nope. I prefer to be the sober one. It’s more entertaining.”

As if to prove my point, a guy below attempts to break dance and ends up smacking his head on the floor and passing out. “Like so,” I say, gesturing toward the break-dancer wannabe.

Jared leans against the rail with a small laugh. “Where’s your drink?” I ask. “The real Jared Bryan is a partier, you know.”

He gives me an odd look.

“But you have the playboy part down.”

“Yeah.” I motion to myself. “Like how you’re trying to pick me up at the moment.”

“You think I’m hitting on you, huh? Maybe I’m just being nice to the lonely sober girl.”

I bark a laugh, but part of me scrambles to think back over this short encounter to see if I misread things.

No. That’s what guys like him are so good at – I’m playing hard to get. Or as far as he knows, I don’t want him to get me at all. And he’s playing it off like I might be conceited to save him from feeling rejected. “I’m sober but I’m not lonely. I’m here with my girlfriends.”

“And where are they?” he asks, almost taunts. Like I’m making them up to not seem like a loser. Irritation swells inside, and I scan the dancefloor for them. I’ve only known this guy five minutes and I’m not sure if I want to push him over the railing or take him up on a one night stand. Fake Jared would obviously be game.

Truth be known, I’ve thought of Jared several times over the years when I slept with other guys. This might be as close as I’ll ever get to the real thing. At the very least, though, he distracted me from my heroin craving.

“There,” I say, pointing at them a little too eagerly. Why do I feel like I have something to prove to this guy? The three of them are dancing in a circle while holding their drinks, and apparently, Shea had a wardrobe makeover in the bathroom. She unbuttoned her blouse enough to show some cleavage and has tucked the bottom of it up under her bra. A Hildie creation, I have no doubt. But I can’t deny it looks better than before. Who knew Shea had a killer body?

“The blonde, the redhead, and the strawberry blonde?”

“Why aren’t you down there with them, then?” I sip my cranberry juice. “Not really my scene.” I say it sharply, hoping he’ll feel the sting of it. This is obviously his scene as well.

“Let me guess,” he says, straightening and rubbing his stubbled jawline. His eyes roam over the tattoos on my arm. Over my little black dress and messy bun. I subtly bend my arms more so he won’t see the injection scars. “Art galleries and poetry readings?” I shake my head, though the poetry part is pretty accurate. Not that I would tell him.

I smile pointedly and throw his previous answer back in his face, “Maybe, maybe not.

” He tosses his head back in laughter, and when he looks back at me, there’s a flash of something in his eyes – familiarity. Respect. Intrigue. I’m throwing his game right back at him and he’s not used to it. And though I can see he likes it, I can also tell he’s not sure if he can crack me. He’s like every other egotistical man – how much should he try with me before he gets too far into rejection territory? Am I worth the risk? 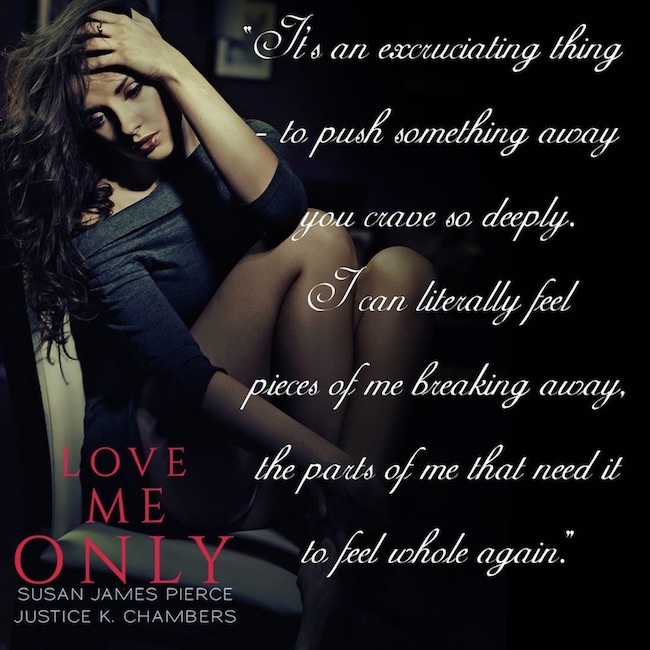 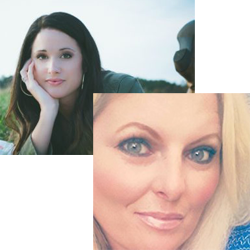 Justice K. Chambers is from the suburbs of Atlanta, GA and is a stay at home mother of two. Her passions include reading and writing poetry, and taking care of her farm animals.