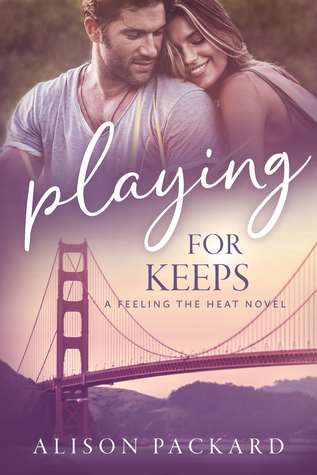 He’s riding the bench. She’s living a lie. The game of love is won in extra innings.

Following a terrible tragedy, Rick Taylor is making his comeback to the major leagues… and the dating scene. But years off the roster have left the veteran catcher a little rusty. It’ll take a special woman to heal the heartache of losing his family. But the perfect contender refuses to let him try out…

Single mom Amy Vaughn leads a double life. Between her daytime job and her nightclub gig, she can’t afford to date a famous baseball player… especially when the publicity could bring her dark secret to light. But the handsome catcher’s charms prove too strong to resist.

When old memories and new notoriety threaten to tear them apart, Rick and Amy must learn to drop their defenses, or they’ll miss out on their second chance at love.

Sitting next to Rick at the breakfast bar Amy was acutely aware of everything about him. His subtle scent; a mixture of soap and cologne that was unique to him invaded her senses. He’d shaved so the stubble was gone, but even without it he was sexy as hell. Underneath the navy blue Henley shirt, the play of his muscles as he’d worked in the kitchen had riveted her. The sleeves had been pushed up to his elbows to reveal his muscular forearms. She was taller than average, but next to Rick she felt almost dainty.

With a happy sigh, she set her fork on her empty plate. “On a scale of one to ten, your crepes are a definite ten.”

“I told you I had mad culinary skills.” He looked pleased as he grabbed their plates, then slipped off of his stool and rounded the counter to place them in the sink. Amy’s gaze lowered to his perfect ass. Boxers, briefs, or the ever popular boxer-briefs? She’d find out soon.

Just then he turned around and she jerked her gaze up to meet his. Warmth surged over her skin and she was sure she was blushing. Still, with a backside like his he should be used to it. “You don’t have to do the dishes. You can leave them in the sink. I’ll do them tomorrow.”

“It is tomorrow. But I won’t argue about the dishes. It’s the only part of cooking I don’t like,” he said as she hopped off of her stool and joined him in the kitchen. She reached for the brown paper grocery bag he’d placed on the counter next to the stove and let out a surprised yelp when he cut in front of her and grabbed it first.

“What’s in the bag?” She set her hands on her hips, curious as to what he didn’t want her to see. “A secret ingredient you used in the crepes?”

“Maybe.” A hint of a smile tugged at the corners of his mouth. “Maybe not.”

“Color me curious.” She snatched the bag from his grasp, then, laughing at his dumbstruck expression, she stuck her hand inside and pulled out a box of condoms. “So this is why you had to stop at the store.” Grinning, she inspected the box and read the large script aloud. “Ribbed for her pleasure. What do you think that means?”

“I’m not really sure, but I think it means you…um…the woman gets more stimulation during…” He paused, then amusement flashed in his eyes. “Okay. I can see by that shit-eating grin you’re messing with me. And for your information the condoms aren’t the only reason I had to stop at the store. You said you didn’t have cream cheese, whipping cream, or berries. All of which I needed for the crepes.”

“Did you stop at the twenty-four-hour market on Bryant?”

“You could have told him they make great water balloons.”

“And you’d know this how?” she asked, slipping the handles of the tote over the hook. She turned to find Rick leaning against the edge of the counter in front of the sink. She crossed the short space between them and in a quick move, braced her palms on the countertop and lifted herself up to sit on its smooth surface.

“When I was at UT a few of my buddies used to fill them with water and have water balloon fights. They’re actually pretty durable.” He chuckled. “They also make excellent balloon animals.”

“This is what you did in college?”

“I didn’t say I participated.”

“But you did.” She cocked her head and arched a brow at him. “Didn’t you?”

He pushed off the counter and moved to stand in front of her. “Maybe once or twice.”

“Will you make a condom balloon animal for me?”

“I made you crepes.” A smile crinkled the corners of his eyes. “Isn’t that enough?”

“Are you always this demanding?” he asked with a laugh.

“Only when I want something.”

Their smiles slowly faded. Rick lifted his hand and gently caressed her cheek. The pad of his thumb brushed over her lower lip and the desire she’d held in check since they’d kissed in the garage returned full force. He skimmed his fingers over her jaw, then to her neck. She sighed and tilted her head slightly to the side. “What do you want right now?” he asked in a low voice. 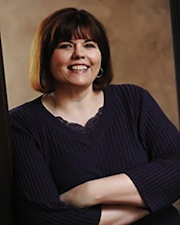 Originally from the San Francisco Bay Area, Alison now lives in Southern Nevada where she’s finally used to the blistering summers, but still finds the slot machines in grocery stores and gas stations rather odd.

When not working at the day job that pays the bills, keeps a roof over her head, and supports her book and chocolate habits, she spends most of her free time writing. But when she takes a break, she enjoys reading, watching movies, and spending time with her family and friends.