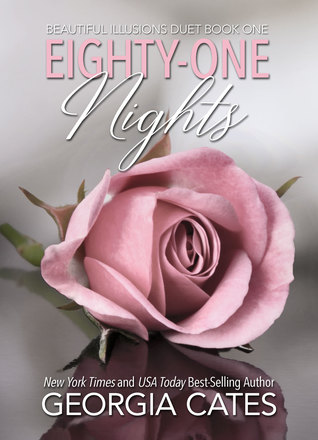 Beautiful, penniless American girl meets handsome, wealthy Scotsman.
Sounds like the beginning of a fairy-tale romance?
It’s not.
This story begins with a contract.
And an exchange of money.
A lot of money.
An angel perches nervously on one shoulder.
A devil lounges smugly on my other.
And even that dark little bastard is leery of what I’m doing.
Maxwell Hutcheson wants the girlfriend experience.
All of it.
And I’m going to give it to him.
I’m not supposed to enjoy being his whore.
I’m also not supposed to fall in love with him.
But I do. Both.
When our contract expires, I will walk away.
Because I have to.
But he’ll always have a piece of me.
I’ll mask my sorrow with a smile.
I’ll hide my love with indifference
… all while it’s killing me softly.
A fairy-tale romance.
It isn’t mine to have.
And this man I’ve come to love so dearly isn’t my happily ever after.
About Eighty-One Nights:
While the characters from Eighty-One Nights are entirely new, their storyline is a combination of fresh material and carefully selected themes, scenes, and settings from The Beauty Series, The Sin Trilogy, Dear Agony, and Indulge. This is intentional. I chose some of my favorite elements from previous releases and interjected them into Hutch and Lou’s story. Let’s call it a “story fusion” between our old favorites and new material. This work was briefly released under a pen name and was titled The Girlfriend Experience.

I’m standing on a platform, the wall in front of me covered with a floor-to-ceiling mirror. I feel like I should be trying on wedding dresses in a bridal boutique, waiting to say yes to the dress so that I can be jacked up with a veil and jewelry.

Cora taps the center of my back directly between my shoulder blades. “Stop slouching.”

She walks down the steps of the platform and looks up at me. “What is your European shoe size?”

“Valerie, bring the seventy-five-millimeter black peep toes in her size.”

Good Lord. This woman has an assistant for everything, even shoe fetching.

“We’ll begin your stride training with lower heels and work our way up to the higher ones.”

Cora is short like me, but you don’t notice until you look at her tall heels and see that four inches of her height can be attributed to her shoes.

Valerie returns and places the black pumps on the floor in front of me.

“Louboutins.” I didn’t intend for that to come out. And I definitely didn’t mean for it to sound so covetous.

“I understand. You’ve never had shoes like these, but your closet is about to be filled with countless pairs like them along with designer clothing and handbags. You represent Inamorata. You represent me. It’s crucial that you always look your best, but your job right now is to be my student. Listen to me and you’ll learn how to entertain some of the wealthiest and most influential men in Scotland.”

“You aren’t at all concerned that your clients won’t like me?”

“You’re going to be a polished gem when I finish with you. No part of you will be unlikable.”

I’m pretty sure that she’s wrong about that.

“Not everyone loves Americans.” I’ve lived in Scotland for six years, but I still consider myself American—my first sixteen years were spent there.

“Inamorata clients are going to love that about you. You’re a different flavor from my other girls.”

I hear what she’s saying, but I look at myself in the mirror and can’t imagine any high-class Scotsman who would be willing to pay big bucks for my company. I’m nobody.

“Don’t be. I do background checks on every man before accepting him as a client. I reject anyone with even a hint of a questionable past.”

“That’s not the kind of afraid that I’m talking about.”

“Well, I need you to explain what that means before we go any further.”

It’s embarrassing to admit my fears. “What if they don’t think I’m pretty enough? Or smart enough? Or interesting enough?”

Cora claps her palms together twice, making a high-pitched slapping sound. “Everyone out. Now.”

Her three assistants scramble to get through the door, nearly running each other down. I truly believe that if Cora told them to jump, they would ask how high.

She comes up on the platform, standing behind me. She grasps my upper arms and looks over my shoulder at my reflection in the mirror. “Look at the woman staring back at you. Who is she?”

“You’re stating the obvious and it’s a waste of my time. Look deep inside of the woman in front of you, and find the wee lass beneath her surface.”

Find the wee lass beneath my surface? No way. That’s stupid.

I contemplate walking out. I want to so badly, but I can’t. I need money.

“What do you want from me?”

“Start by taking a long hard look at yourself in the mirror and think about what you see.”

Long brown hair, thick and often unruly. Hazel eyes, more green than brown after I’ve had a good cry. Fair skin, a few scattered freckles across my nose and cheeks. Short and small-framed.

“Are you pretty?” Cora asks.

“According to others, I am. But I never was in my mother’s eyes.”

“What did your mother say to you about the way you look?”

God, you look just like that Scottish bastard. I heard that from her so many times that it became as much a part of my DNA as the X chromosome that he gave me. “She said that I looked like my father.”

“She did eventually.” His marriage to Heidi changed everything. My mother couldn’t take his being happy with another woman.

“She saw him when she looked at you?”

“We grow up and become women, but no matter how old we get, we always have a wee lass living inside of us.”

I’ve never heard anyone say anything like that, but I suppose it’s true at least to some degree.

“Tell me about the wee lass inside of you.”

Little Caity Louden. She’s not someone that I like to think about. Her story isn’t a happily-ever-after fairy tale. “Her father abandoned her before she was born. She was raised by a single mom in the trashiest part of New Orleans. Her mother worked at a bar on Bourbon Street, but she drank more cocktails than she served.”

“She learned at a very early age how to fend for herself because no one took care of her.” No one loved her. It’s hard to admit, even to myself only in my head, that the one person in this world who was supposed to love me unconditionally didn’t.

“Her tears ran dry and her delicate, soft heart hardened. It turned to stone.”

My eyes move to hers. “Stone is cold and resistant to penetration without being broken.”

I look back at myself. “I’m damaged. Something’s missing inside of me. A piece of me is not here.”

Cora walks around and stands in front of me so that we’re face-to-face. “Strong people don’t have easy pasts, and the scars they carry prove that they are stronger than whatever tried to hurt them. You’re a warrior and a beautiful young woman who is deserving of good things and happiness. You’re special, Caitriona, whether you realize it or not. Our pasts aren’t all that different; I understand you far better than you can ever imagine.”

Cora’s words are… empowering and soothing at the same time.

She crouches, unnecessarily repositioning the shoes in front of me, and I see the act for what it truly is. She’s lowering herself and elevating me. “Toes go in first, beautiful warrior.”

I grow three inches when I step into the shoes. She stands upright, and it feels good to look this powerful, independent woman in the eyes. She makes me want to be stronger.

“Diamonds are beautiful. And they’re also flawed. They don’t crack but they do cut.” Cora places a finger beneath my chin, lifting it slightly, and looks directly into my eyes. “Be a diamond, Caitriona.” 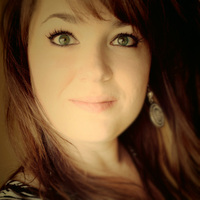 Georgia Cates is the New York Times, USA Today, and Wall Street Journal Best-Selling Author of The Beauty Series. She resides in Mississippi with her husband and two daughters. Please visit georgiacates.com for additional information.