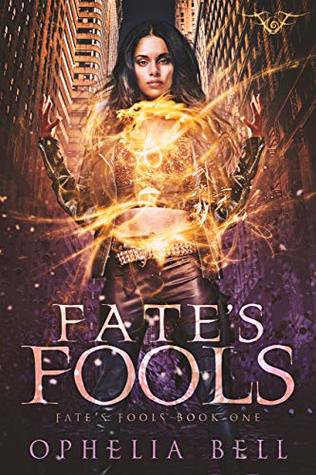 How do you find a soulmate – without a soul?

Deva Rainsong was meant to be nothing more than a vessel to house the enemy’s soul. Bred in a lab with a link to the enemy’s bloodline, she is a mix of all four higher races and the only creature of her kind. No one, not even her family, knows how she works, or what she is truly capable of. And now, with the death of the enemy in the last war, Deva has lost her purpose. Despite the deep connection she forms with five men along her journey, love without a soul can only be an empty affair. Deva refuses to bind any man to that meaningless existence.

Unclaimed, empty, and soulless, Deva has been left with nothing but a deep, cold longing for a love that Fate will never offer. But, when Fate hounds begin hunting members of the bloodline, it becomes Deva’s personal quest to find out how to stop them. With her special link, and her five suitors in tow, she is in a singularly unique position. Together, the band of six will embark on a mission to uncover the secrets of bloodline souls, love, rogue Fate hounds, and the true extent of Deva’s powers…

Warning: this story is a fast-burn HOT and steamy reverse-harem odyssey, with some M/M content, not meant for the faint of heart (or libido)… #whychoose!

The ursa claim that when they go on their pilgrimage as young adults, they do this thing they call “soul searching.” I’ve always wondered what this meant. Are their souls like vessels that need to be emptied out like old luggage and filtered through to find clues to their true path in life? Or are they missing their souls and the pilgrimage is how they find them?

I’ve never asked anyone else this question before because I kind of already know the answer. Their soul searching was a journey to understand the souls they already possessed. I’d have liked to think that my own pilgrimage was the same thing, except I was probably fooling myself.

First of all, I’m not really on a pilgrimage at all. I ran away from home and my family is probably looking for me.

And second, I don’t have a soul, which is a double-edged sword. It means I’m nearly impossible for my family to find, but it also means I am missing the one thing that could probably tell me where I belong in the world, and I’m fairly certain my own quest isn’t going to lead me to it.

Ever since I ran, I’ve been going through the motions of this so-called “soul search,” but haven’t really learned a whole lot about myself that I didn’t already know. I’m an infinitely adaptable creature and a quick study, yet the powers I was born with are still wimpy as fuck. Three weeks into a self-imposed exile from the life I knew, all I’d really learned were things related to the human world to which I’d fled.

Humanity was both amazingly resilient and heart-breakingly fragile at the same time. I finally understood why the higher races were so drawn to them. Why the dragons used to collect human mates and hoard them like treasure.

That particular instinct wasn’t exactly dormant in me. Thanks to my somewhat unorthodox origins, I was magically linked to a special segment of humanity that was infused with divine blood. And thanks to that blood, there was something distinctly magical hurting some of the humans of the bloodline.

My deepest instincts urged me to protect them. Whether it was my dragon nature at work, or a trait of one of the other four races that ran in my blood, I kind of wanted to take half the bloodline home with me just to keep them safe. That would have solved a lot of issues, but it wasn’t exactly feasible to show up in the Dragon Glade or one of the other three sacred homes of the four higher races with a whole pile of humans in tow.

Even if I could go home. One of the few things I’d learned about myself was that I was stubborn as hell. I was part human, so that resilience and tenacity was there, but I was also immortal, so not so fragile, at least not on the outside. I couldn’t leave the human world until I’d figured out what was hurting the people I was linked to and why, even if it meant keeping watch over the one thing they possessed that I didn’t: their souls.

The irony was not lost on me.