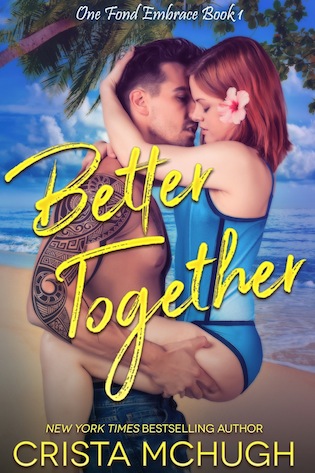 Hawaiian rancher Alex Kahale needs a temporary wife to close a deal that’s vital to the welfare of his herd. Thankfully, he’s already married to a woman stole his heart in less than a week, even if that same wife filed for divorce a few days after they said their “I dos”.

Rising country music star Britney Moore had a wild fling with a cowboy in Las Vegas a year ago which ended in a drunken drive-through marriage. Once she returned to Nashville, she filed for divorce to save her squeaky clean image. Besides, spontaneous marriages never last, and she knows better than to risk her heart on Alex. But no matter how many requests she sends him, he refuses to sign the papers. Then he sends her an intriguing offer. Come to his ranch on Kauai and pretend to be his wife for two weeks for business purposes, and he’ll sign the papers.

As much as Britney tries to resist his charm, Alex manages to tear down her defenses one by one until she falls for him all over again. But when the press finds out about her secret husband, will their revived romance be killed by the tabloids?

Her suitcase slid into the baggage claim carousel and she reached down to grab it, only to have a man snatch it away from her.

“Allow me,” a deep, masculine voice said next to her.

Britney’s heart went still. Time had done nothing to chill the instant rush of desire that heated her blood. She didn’t need to turn her head to know Alex Kahale was standing next to her. She knew him from the sweet words he’d murmured while making love to her. She could also tell from the familiar scent that had driven her wild nearly a year ago. But she turned anyway. And when she looked into his handsome face, she forgot about everything else.

Even after all this time, he still managed to take her breath away. Alex had claimed he was descended from Hawaiian royalty, and she believed him. Raven-dark hair framed a beautifully sculpted tan face. Soulful brown eyes flecked with gold looked back at her with the same warmth and affection as they always had, and those sensual lips practically beckoned her to cover them with kisses. From the moment she’d met Alex at a rodeo event in Las Vegas, it had been love at first sight.

Correction. It had been lust at first sight. The love had come later in the week.

If it was even possible to fall in love with someone that quickly.

She closed her eyes and focused on her career, on the one thing she’d worked so hard to obtain, and how getting a divorce would be a good thing. Once she was free of the husband she barely knew, she could start dating in her own circle and perhaps become part of the next country music power couple. “Thank you, Alex.”

“So you do remember my name?”

She snapped her eyes open at the teasing tone of his voice. “Of course I remember you.” How could she forget him? The seductive memory of him making love to her time and time again still haunted her dreams, leaving her flushed with want and completely unsatisfied when she awoke. Alex was more than just great sex, although the nights she’d spent with him made her believe the man had superpowers. Yet no matter how hard she’d come, it was the gentle way he’d held her in his arms afterward that had endeared him to her heart. 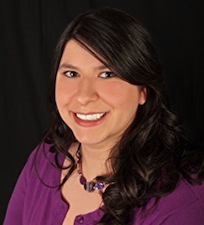 Crista McHugh is a NEW YORK TIMES and USA TODAY BESTSELLING author of fantasy and romance with heroines who are smart, sexy, and anything but ordinary. She also writes fantasy with a little less kissing and bit more action (outside the bedroom) as C. A. McHugh.

Growing up in small town Alabama, Crista relied on story-telling as a natural way for her to pass the time and keep her two younger sisters entertained.

She currently lives in the Audi-filled suburbs of Seattle with her husband and two children, maintaining her alter ego of mild-mannered physician by day while she continues to pursue writing on nights and weekends.

Just for laughs, here are some of the jobs she’s had in the past to pay the bills: barista, bartender, sommelier, stagehand, actress, morgue attendant, and autopsy assistant.

And she’s also a recovering LARPer. (She blames it on her crazy college days)

To be the first to know about her latest releases or to be entered into exclusive contests, please sign up for her newsletter using the contact form on her webpage, http://www.cristamchugh.com.