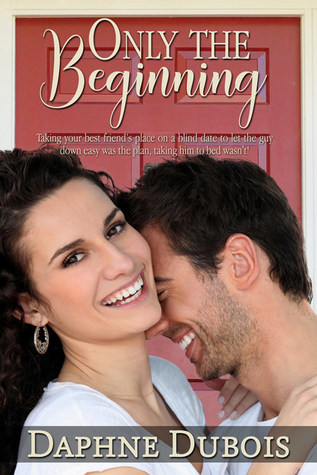 After a heartbreaking betrayal, Melissa Legacy shuns romance. So when her best friend joins the Lovers Oasis website and fears her fiancé will find out, Melissa agrees to meet the anonymous Romeo, prepared to explain her friend’s change of heart—then she sees him.

Failing restaurant entrepreneur, Craig Wheaton hasn’t been home since his mother’s tragic death. Now he’s back to confront his demons and stand beside his brother as best man. Dreading the reunion, he agrees to meet his avatar lover, but at the last moment he reconsiders the arrangement—until he lays eyes on her.

When Craig assumes Melissa is his online consort, she impulsively plays along, resulting in an afternoon of unexpected intimacy. But with Melissa using her friend’s identity and Craig dealing with a family fallout, is a future together impossible, or will they discover that love at first sight is Only the Beginning?

They were in her bed and he was breaking off a piece of toaster pastry for her. The pillows and sheets were strewn around them. Earlier, he’d left the rehearsal party to pour out his heart to her. That confession had led to an encounter in her hallway, which then carried on into her bedroom.

Melissa looked at her phone and smiled. She’d told him she’d found the Proust questionnaire online.

Taking the last bite of toaster pastry from him she asked, “What is your perfect idea of happiness?”

He put the foil wrapper on the bedside table, then brushed his hands together. He had an answer, but he kept it to himself and instead said, “Easy, cooking for someone else.”

She frowned. “Not yourself?”

“No, too boring. There’s no surprise.”

She’d laughed, then handed the phone to him. “Ask me the next one.”

Craig cradled the phone in his hand going down the questions. “What is your greatest fear?”

Melissa pulled the sheet up to her chin, then tucked into his side. “Losing Gran or having something bad happen to her.” She was quiet for a moment then pinched his arm. “Ask another one, it’s supposed to be without too much thought.”

“Because people take too long, trying to come up with an answer that sounds grand and important. The truth gets lost…or at least the most interesting bits.”

He read, “What is your greatest extravagance?”

“God.” He moaned. “Okay, moving on. What is your current state of mind?”

“Mmm.” She curved one leg around his. “Bliss,” she said, taking the phone from him.

The glow from the phone illuminated her features in the dark room. He could tell she was scrolling through the questions. “Oh! This is a good one. If you could change one thing about yourself, what would it be?”

Craig leaned his head back on the pillow and blew the air out of his cheeks. He thought of phrases like more successful, business savvy, lucky…

“Hurry up!” She pinched him again. “That’s cheating. Quick, one thing you’d like to change about yourself.”

“I want to be more determined,” he blurted.

She raised up on her elbow and studied him. “How so?”

He glanced up at the ceiling almost too shy to look her straight in the eye. “I want to be the man who knows what he wants and won’t let anything stand in his way.”

“I’ve met those guys. I consider them rude.”

Craig chuckled and hugged her closer. “Maybe I meant more decisive. There always seems to be a scale in my head, constantly weighing options.” Her head rested on his chest. “Maybe that’s why I started to leave the pub, I wasn’t sure I wanted to meet you.” His fingers moved up and down her bare back, tracing her spine. 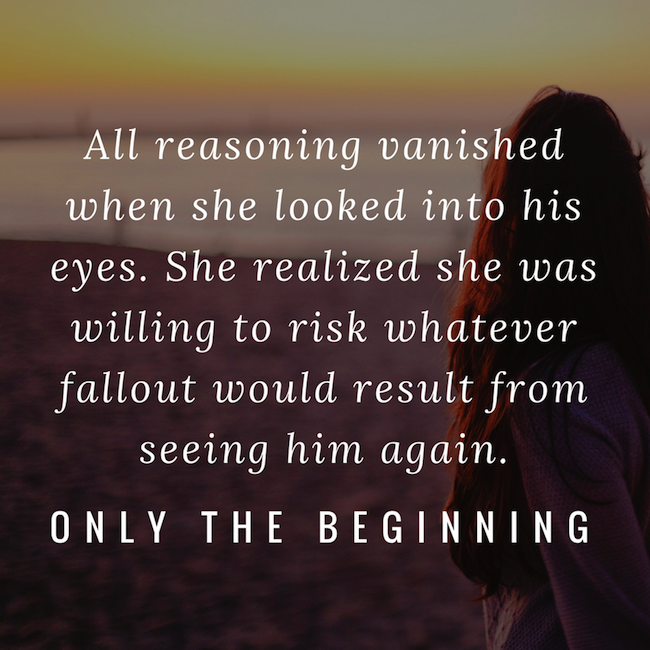 Daphne Dubois writes contemporary romance and believes the right book at the right time can make all the difference. When she’s not putting her characters in compromising positions (ahem), she works as a registered nurse. A member of the Writer’s Federation of Nova Scotia, she lives in Eastern Canada, the most romantic place in the world.

You can also find her writing for teens as B.R. Myers.