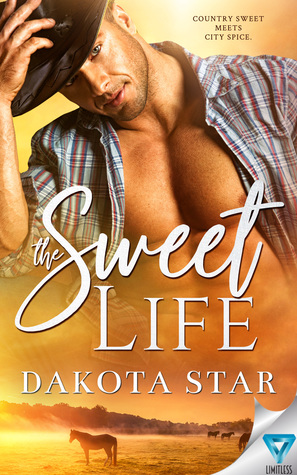 Alexis takes her job very seriously. As one of the younger account executives, proving herself in the workplace is much more important than having a love life. And now that she’s been assigned a dude ranch account, she’s more determined than ever to show her doubters that she has what it takes.

Unfortunately there’s a tall, hot-tempered, brown-eyed cowboy who manages to distract Alexis from her goal by grabbing her attention…in a non-professional kind of way.

Mitch is the cowboy of her dreams—and also a distraction her career can’t afford.

And the real doozy? He also happens to be the ranch owner’s son, and this little fact alone has the potential to ruin everything for this city girl.

He tipped his hat and led Alexis to the herd. Feeling clumsy and off-kilter, she followed the rancher over to the available horses, trying not to stare at his long stride and tight backside.

He stopped in front of a fiery chestnut thoroughbred. “Would you like the mounting block?”

“I think I can get up from the ground.” The horse appeared taller as she inched closer to it. His intense red coat matched her hair.

“His name is Blazing Star, but just call him Blaze.” Mitch patted the horse’s neck. “He’s a thoroughbred, but a good boy and won’t startle.” A smile reached his lips as he handed her the reins. “As long as you can get up on the first try.”

“I’m sure I can.” The words came out harsher than expected. She hated when people doubted her. Scooting to the side of the beast, inhaling the pungent smell of horse that reminded her of college riding, she tightened her grip on the reins, grabbed some mane, and slipped a foot in the stirrup. Yoga helped keep her flexible, but the stirrups sat high and her legs weren’t that long. Hopping a couple times on her grounded foot, she gathered momentum and pushed up and off.

Hands were on her backside, helping to lift. She plopped into the saddle, riled by the wrangler’s audacity, but when she twisted to tell him how inappropriate he was, the cowboy had already sauntered away to help another patron. Alexis gathered up her reins and led Blaze to the water trough.

“Saw what?” Her eyebrows furrowed.

“You flirting with the handsome guide and him helping you on the horse.” Her friend appeared petite on the large horse as she pointed toward the band of wranglers all mounting their rides. “Nice work. Well played.”

“You’re crazy.” The need to push her friend’s arm down so no one would think they were talking about the staff overwhelmed her, but she didn’t want to let go of the reins and reach over.

“I wasn’t flirting and didn’t need his help to get on the horse.”

“Sure. Whatever you say.” Jo Jo looked longingly at the mounting block.

“Next time, I’ll remember to just say no to using the mounting block.”

Alexis reined her horse away.

Dakota Star lives in Connecticut with her husband and two daughters. Both her daughters have finished college and moved away so her dogs, cats, and retired horse now keep her busy. When not outside hiking or horseback riding, she loves to read and travel. She has worked as an editor, a freelance writer for local newspapers, and an educator at local environmental non-profits like aquariums and The National Audubon Society.