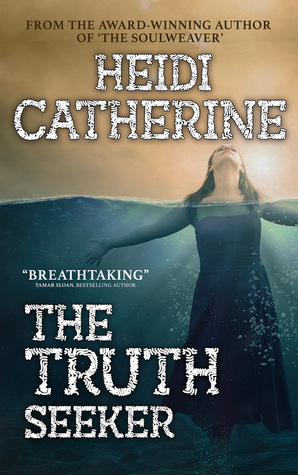 Can she learn to forgive before her time runs out again? Or will the truth destroy her?

Maari doesn’t care that Nax is an outcast. She’s drawn to him in a way she can’t explain, determined to teach him to embrace the strange world they live in. But just as his heart opens wide, a force greater than them threatens to tear them apart.

Nax and Maari travel to the depths of the ocean to visit an old woman known as the Truthseeker. She unravels the mystery behind their connection, and warns them to run as far away from each other as they can. But staying away isn’t possible when you’ve found the person who brings your soul to life.

Far away, two sisters are born into extreme poverty, quickly discovering the key to their survival is their strength together. It isn’t until one sister threatens to steal away the love of the other that their bond shatters, and a true struggle for survival begins.

As these two stories merge into one, we learn that when soulmates meet, there’s nothing that can keep them apart. Except love.

The Truthseeker is the stunning continuation of The Soulweaver, winner of Romance Writers of Australia’s Emerald Pro award.

A bony hand grabbed him on the arm and he jumped, tightening his grip on Maari.

‘Do you seek the truth?’ croaked the voice of an old woman.

The room filled with soft light and the Truthseeker began to take shape. She was small, maybe only five feet in height. Her back was crooked and her grey hair was wild. She wore a black cloak that wrapped around her shoulders and fell to the floor.

‘No,’ he said, trying to pull away. He wanted to get as far away from here as possible. But the Truthseeker’s grip was firm.

‘I seek the truth,’ said Maari, fire burning in her eyes. The Truthseeker let go of Nax’s arm and turned away, sliding herself through the interior door.

‘Are you sure?’ Nax whispered. Maybe the others who’d come before them were right. Sometimes the truth is better left undisturbed. ‘Let’s get out of here.’

Maari looked at him, her eyes filled with tears. She turned and slid through the door behind the Truthseeker. He went to follow her, but the door was sealed. He pulled at the rubber flaps, but they were sealed tight. He couldn’t get through.

What was going on in there? The room plunged into darkness and he sank to the floor, shaking with rage, fear and cold. He hugged his knees to his chest and waited. He wouldn’t leave without her. He’d die here if he had to. Was this why the woman in his dreams had warned him to stay away from her? Had she known Maari would lead him into danger? Still, he didn’t care. He couldn’t leave her. His spirit was bound to hers.

The seconds ticked by as minutes. The minutes passed as hours. He waited. Would he ever see Maari again?

He kept his eyes focused in the direction of the door, waiting for her to emerge. It didn’t matter. His eyes may as well have been closed for all they could see.

A noise startled him and he stood, feeling the seal of the door with his fingertips. The cold rubber became soft skin. It was Maari.

‘Are you okay?’ he said, pulling her into his arms. She didn’t wrap herself into his embrace as he expected. She felt stiff. Uncomfortable.

‘What happened?’ he asked, wishing for a sliver of light so he could see her face. 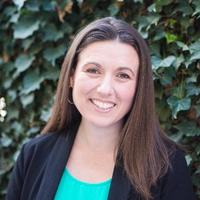 Heidi’s debut novel, The Soulweaver, won Romance Writers of Australia’s Emerald Pro award and will be released by Crooked Cat Books on 19 Jan 2018.

Not being able to decide if she prefers living in Melbourne or the Mornington Peninsula, Heidi shares her time between both places. She is similarly pulled in opposing directions by her two sons and two dogs, remaining thankful she only has one husband.