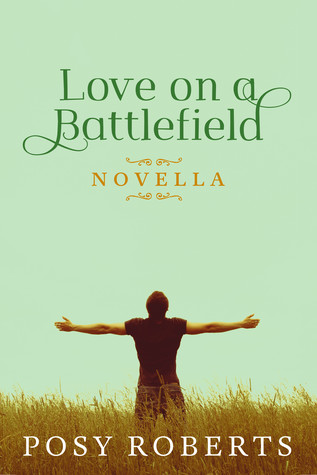 Not every compass points north.

Andrew Summers is forced to spend his vacations reliving Civil War battles with his father. He hates every minute, until a blue-eyed, red-haired boy behind enemy lines catches his eye.

Shep Wells would much rather travel the world than play at boring war reenactments. He never dreamed a Texan boy would capture his heart.

Real life and years separate them; Andrew is forced onto real battlefields, but for Shep the world is a playground. They’re opposites, but writing letters closes the distance, uncovering their hopes and dreams. When Shep visits Andrew, they get to see if the tug they’ve felt for years is the compass pointing the way home.

My father started taking me to Civil War reenactments long before I understood the politics of the war and its moral implications. I was introduced to the tradition before I knew what any war was truly about.

It wasn’t until I was sixteen that I was allowed to carry a weapon and shoot it myself. The physicality of battle was exciting. Hand-to-hand combat when munitions were spent was better than football any day.

But there were strict rules my dad implemented that I didn’t enjoy. “If we’re going to do this,” Dad always said, “we’ll be as authentic as possible. We’ll do it right, unlike those people who think this is Summer Stock.”

I wasn’t allowed to socialize with the Yankees at all, so I hung out with the Confederate kids or sat around campfires listening to the adults shoot the shit. If school was in session, I’d bury myself in homework and often ended up helping some of the younger kids with their lessons. The guys my own age . . . Well, we had little in common. Some were intense, a few down-right scary with their racism so proudly displayed.

What I’d learned after hanging out with them for years was that they hated everyone who wasn’t like them.

I wasn’t like them, but I wasn’t about to let them know for fear they’d turn their hate on me.

For the last two years, I’d watched a Union kid who only came to a few of these events, not like most of the reenactors, who made this a way of life. When he showed up, he was the center of attention. Maybe because he was novel, but when he was there, he always drew my eye. It was obvious the other kids looked up to him, fawned all over him, really. I never got close enough to talk to him, to find out what made him so fascinating.

But I saw it from afar. He was strong yet graceful, with a mess of hair in a color I’d never seen outside of jewelry or pipe fittings. His smile was easily earned, and he seemed so . . . carefree. So unlike the overly serious and angry kids who surrounded me.

I’d watch the Union kids in their shorts and T-shirts laughing and having fun. I wanted to be a deserter. I wanted to go see what life was like on their side. It sure as hell looked like a lot more fun than what ended up feeling like a weekend prison sentence in a hot, scratchy suit.

I couldn’t stop myself from turning to him, staring at him. I’d watch him leap into the air to catch a wayward Frisbee or wrestle boys to the ground, then help them up, all with a bright smile on his face.

Last summer, he’d worn a wreath of daisies in his hair, walking around as if it was the most normal thing in the world. My ‘friends’ laughed at him and speculated about his sexuality. I joined the adults then, unwilling to spend any more time with the assholes. It brought me closer to the redhead too, so I made myself blend in with my surroundings and looked to my heart’s content.

I didn’t know his name. I never got the chance to find out, but if he was here this time, I was determined to discover it.

As we arrived Friday afternoon, I scanned the area for his hair but didn’t see him. After setting up camp, I followed my father out of our tent and joined the other men as they scoured maps and walked the battlefield to get a lay of the land. I turned down an invitation to hang out with the Rebel kids and instead listened to an expert on this particular battle drone on and on. Sitting there, sweating in my wool uniform under the scorching heat for hours, I had to get out from under the sun.

“I’m going to go fill up my canteen,” I whispered to my father.

I gave him a quick nod, made my way past the tent filled with women and young girls quilting or spinning yarn, and found the metal water pump. I pushed down on the handle, trying to draw up the water, with little luck.

That’s when I saw him. He was in full Union dress, the buttons of his coat making the gold and red highlights in his hair appear metallic. He was unlike anyone else I’d ever seen.

He walked toward me with a wide smile. Sure of himself, but not cocky. More . . . careless. Utterly free.

“Want some help?” he asked. “I heard it’s hard to get this one started.”

I met his blue eyes, brilliant and wild like the sea. I was stunned into silence. He was even hotter up close, and suddenly I was unable to form words. I nodded my assent instead.

He wrapped his fingers around the metal handle and pushed down. It made a grating squeak that echoed, but the lever moved. He helped me push it down several times, hands sliding closer and closer with each pump until our fingers intertwined.

He laughed as water poured from the spout, and he bent down to taste the stream. The smell of iron surrounded us as I filled my canteen.

I watched him wet his hair, making it darker, which made his skin look extra pale. He was gorgeous, and the way the sun hit him right then, he looked like something out of a dream.

Stop being cheesy, I chided. So he’s hot. Don’t turn him into a fricking poem.

I replaced the cork, slung my bottle over my shoulder by the leather thong, smiled at him, and rejoined my father.

As we lined up on the battlefield the next day, I saw that shock of auburn hair straight across from me. Before I could make eye contact, the battle had begun, horses moving, gunfire blasting, and a few men already collapsing to the ground, probably playing out some real-life soldier’s tragic end.

I took out several Union soldiers with my fake munitions before I tripped over a rock. As I regained my footing and stood up, he was right in front of me.

I don’t recall if we gave each other a visual cue or if he said something, but we both decided to take a hit, bodies falling to the ground. We landed face-to-face, limbs sprawled out in opposite directions. My father was near, so I slammed my eyes shut, authenticating my death until I heard his voice move away with the continuing battle building.

When I dared open my eyes again, the Yankee soldier was staring at me, smiling and licking his lips. His jaw was strong, defined, dusted with stubble from who-knew-how-many-days growth, and it drew my attention to his chin and full lips. We lay there studying each other for several minutes, shamelessly staring, before he scooted closer. 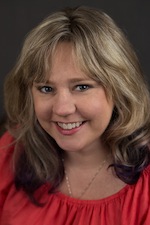 Posy Roberts started reading romance when she was young, sneaking peeks at adult books long before she should’ve. Textbooks eventually replaced the novels, and for years she existed without reading for fun. When she finally picked up a romance two decades later, it was like slipping on a soft hoodie . . . that didn’t quite fit like it used to. She wanted something more.

She wanted to read about men falling in love with each other. She wanted to explore beyond the happily ever after and see characters navigate the unpredictability of life. So Posy sat down at her keyboard to write the books she wanted to read.

Her stories have been USA Today’s Happily Ever After Must-Reads and Rainbow Award finalists. When she’s not writing, she’s spending time with her family and friends and doing anything possible to get out of grocery shopping and cooking.