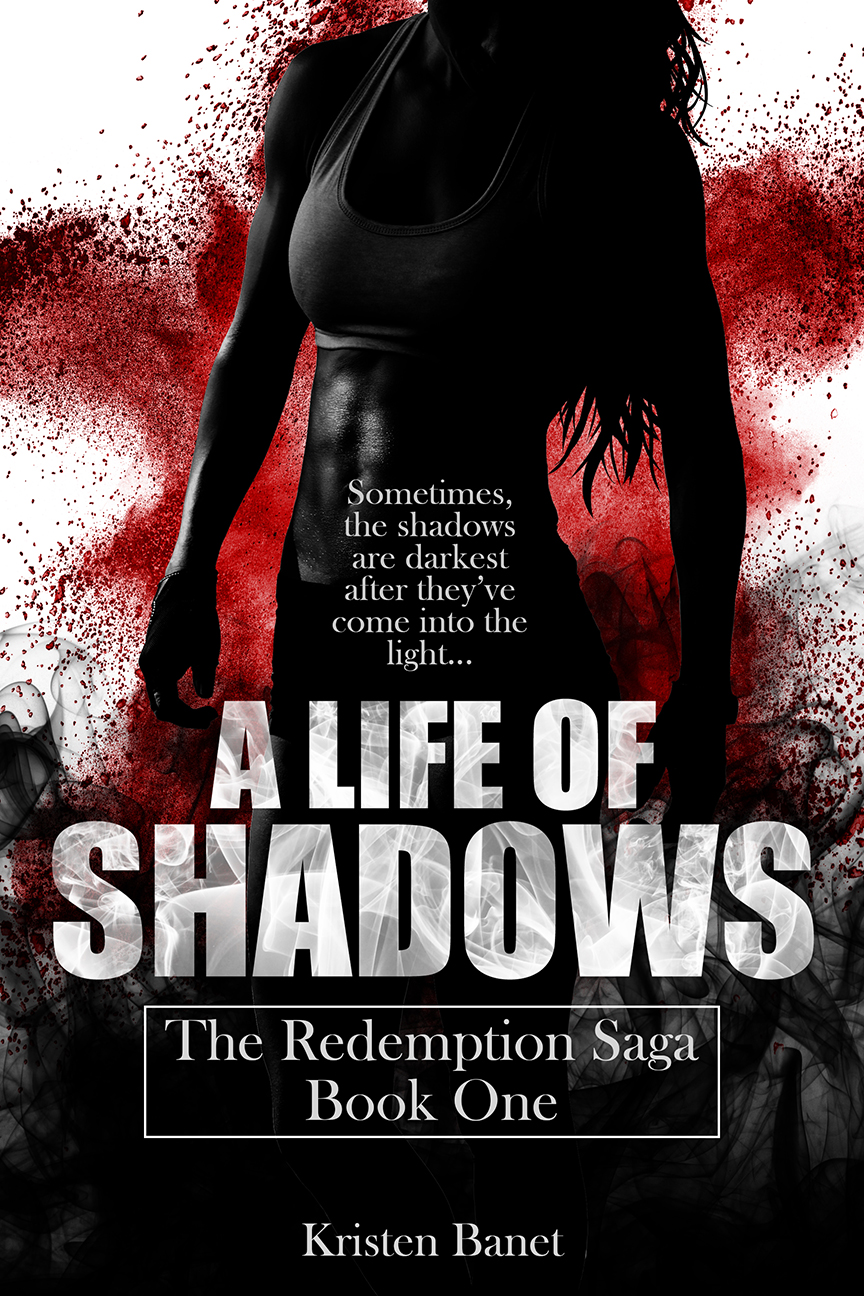 I liked it.  A lot.  So much that I had to share it.  This series may just fill a hole that I’ve dug in my devouring of urban fantasy books.  I’ve pretty much given up on the genre after a multitude of “badass” characters, women (or girls) that turned out to be annoying, sometimes bitchy, and ultimately pridefully stupid damsels in distress, but The Redemption Saga may actually redeem the genre.

To start with, Kristen Banet’s book, A Life of Shadows, is the start of a new, grittier urban fantasy/supernatural thriller series.  Already, she doesn’t shy away from the hard topics, with her earlier series dealing with parental abandonment, addiction, and child abuse.  However, A Life of Shadows dives straight into the deep end with those topics.  Through her characters, Banet manages to explore how torture, abuse, rape, murder, and guilt can shape a person–for better or for worse.

I applaud her for her MC.  Sawyer is a flawed character, but she knows it.  She doesn’t deny when she has done wrong, she doesn’t fight needing help, and she sure as shit doesn’t believe she knows everything.  She has a touch of arrogance that seems to drive everybody mad, but it’s arrogance that has been earned.  Her fears are real, and the outcome of keeping her secrets are plausible.  Honestly, I was just really excited to read about a strong female character who really was those things that I feel make a character strong, regardless of sex.  At the end of the day, Sawyer isn’t there to save the world.  I think that might be the most refreshing thing about this.  There are no prophecies.  Nothing is foretold.  There is just Sawyer, a former assassin, trying to redeem what little bit of a soul she has left.

Banet writes third person narratives with an omniscient narrator, but the narrator is not omnipresent.  The narrator follows a specific character, often jumping to follow another in critical scenes.  While this sounds like it may be jarring, it is, in fact, an excellent tool for rounding out the depth of character, aiding the reader in understanding who the characters are as well as what is happening in the story.  Minor info-dumps aren’t too jarring and frequently last less than a paragraph.  As they are information regarding the special abilities of the Magi, they will appear with less frequency as you get into the story, and I’m guessing they will eventually be nearly non-existent in the series.

While this series boasts a reverse-harem, polyamorous relationship, it is not the main driving point behind the story.  In fact, there is very little romance at all in this first book.  What is there is a LOT of discovery.  You find out about Sawyer, her past, and the guys that she is living with.  There are poignant moments that take your breath away and light moments that make you laugh, all mixed with horrifying moments that made me shudder.  Banet truly has a gift for writing, entwining the history and present of her characters into a story that will definitely make you come back for more.

***I edited this novel, but as always, this review is honest.