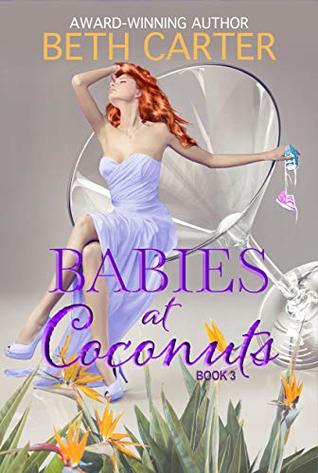 For Fans of My Big Fat Greek Wedding (Italian-style!)

A clash of cultures.
A chaotic wedding.
A surprise baby.
Just another day at Coconuts.

Coordinating the most joyous day of her son’s life should be easy. After all, Suzy is a wedding planner. But a meddling future mother-in-law wasn’t on the checklist. A wacky rehearsal dinner, a beach wedding, and a baby—not necessarily in that order—ensures bedlam, if not hilarity, among the two head-butting moms. The show must go on, with or without the wedding party.

Hope is adept at counseling students but has given up on dieting and having sleek hair. She has even gotten used to the fact that her adopted father no longer remembers her—until a surprise engagement and a newspaper article leave her in shambles.

Sexy banker Alex conveys totally in control while ignoring the simmering boil of her disastrous relationship. Her marketing rival is her kryptonite, but a disastrous bank event may spell her downfall.

Socialite Cheri Van Buren seems to have the perfect life. The New Yorker deftly juggles celebrity events but is growing concerned about her jet-setting parents’ strained marriage. After competing in a cake-decorating contest, another chef leaves her speechless.

More than a Happy Hour haven, Coconuts is the unknowing guardian of shared secrets, bombshell revelations, a few tears, and joy. Will the best friends ever find happiness? It doesn’t look good.

NOTE: Even though this is Book 3 of my Coconuts series, it may be read as a standalone.

My son’s wedding will be perfect. It has to be perfect. I’m his wedding planner. Oh, God. What was I thinking? Rubbing her throbbing temples, Suzy stared out the kitchen window and noticed the first sign of daffodils sprouting against the half-brown, half-green ground. The perky, yellow flowers usually made her smile.

Tonight’s dinner will set the tone. Both families will either enjoy one another’s company—or everyone will count the hours until the whole blessed thing is over. I love weddings. That’s why I plan them but I never expected this much pressure. I want Jon to be thrilled with the results. Her mind swirled with possible worst-case scenarios.

Filling up her favorite “Best Mom” coffee mug for good luck, she drummed her fingers on the kitchen counter. Happily, the boys—they would always be boys to her even though they were young men—had agreed to pick up Fernando’s three brothers and mom at the airport.

She’d only spoken to Fernando’s mother once by phone and couldn’t get a word in. Not. One. Word. She hoped it was due to wedding jitters and not an everyday diarrhea-of-the-mouth occurrence. Overly chatty people got on her last nerve.

Before they arrived, she decided to check her wedding notes yet again. Suzy placed notes in a file for every bride and groom—or in this case, two grooms. Normally, she drew the wedding theme on the outside of the folder for quick reference since she occasionally had more than one wedding going at once.

Shuffling to the breakfast table where she often worked, she spotted the manila sleeve. Starfish, waves, and palm trees were drawn on the exterior. She smiled when she noticed Izzy had added a heart with Jon + Fernando scrawled in the middle. This is a good sign. Even my surly teen stepdaughter is excited about the wedding. She shook her head in wonder. My son’s getting married. He’s going to be a husband. And a dad. A dad! I can hardly believe both events are happening so close together.

Her mind skittered to Fernando’s family. She had tried to encourage them into flying in a day earlier from Italy, fearing they’d have airplane issues and miss the rehearsal dinner. But Gia Russo had texted from New York City hours earlier saying they were on schedule. Still, timing was tight.

Suzy glanced back at her list. Food. Wine. Engraved champagne flutes. Check. Scanning her notes for the hundredth time, she smiled when she noted a star beside Fernando’s favorite color—orange. Suzy had asked the florist to tie orange ribbons on the chairs at the wedding for a pop of color. She chuckled. Her son, Jon, couldn’t care less about colors but had requested simple white rose petals to cover the aisle during the ceremony.

We’re in good shape. The rehearsal dinner will be an intimate gathering as Jon requested with Fernando’s family; Vanessa, Jon’s former high school sweetheart before he came out; her best friends Alex and Hope; husband, Ken; and stepdaughter Izzy. This should be easy. No drama before the big day.

Suzy took another quick peek at her watch. Nothing like cutting it close. Alex must be rubbing off on me; she was born late. Rubbing her arms from nervousness, her mind wandered. I hope there aren’t any airline issues. Jon is probably beside himself and pacing the length of the airport about now.

Izzy was still at school and Ken was at work. Unusually anxious, Suzy wondered if she should drink a glass of wine before the dinner. She picked up her cell to call her husband, but his voicemail indicated he was in a meeting for another thirty minutes. Why is everyone busy until the last minute? I hope this means the ceremony will be flawless.

Deciding to take a quick shower, Suzy heard her phone vibrate as she turned off the water. Dripping all over the counter, she reached for her phone full of texts. One was from Alex who was running late. No surprise. Hope wondered if her school attire would be dressy enough. Jon mentioned he was nervous, excited, and leaving the airport. Ken said he would meet her at the restaurant.

I don’t have time to reply to all of these messages. Suzy quickly responded to Hope that her clothes would be fine and retreated to her walk-in closet. With a plush, gray towel wrapped around her wet body, she studied her wardrobe.

Originally, she had planned to wear a sundress, but immediately changed her mind and donned a more formal dress. Glancing in the mirror, Suzy frowned. This doesn’t look tropical. They want a luau for a wedding. My clothes should fit the theme.

Shedding her lacy dress and flinging it on the bed, Suzy studied her closet. Wearing only a bra and panties, the doorbell rang. She froze when she heard the door creak open. 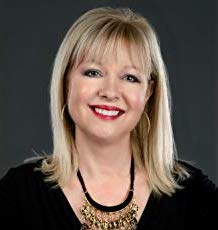 At a certain mid-life crisis, er, age, multi-award-winning author Beth Carter shed her corporate bank suits and heels to pen novels and children’s books. She much prefers afternoon writing at Starbucks to 8 o’clock board meetings.

Also a children’s picture book author, Carter has four children’s books published: WHAT DO YOU WANT TO BE?, SOUR POWER, SANTA’S SECRET, and THE MISSING KEY. All have been well received by kids, parents, teachers, and counselors.

You’ll likely find Beth Carter sipping a skinny vanilla latte while writing. That is, if she isn’t on a boat or at T.J. Maxx.