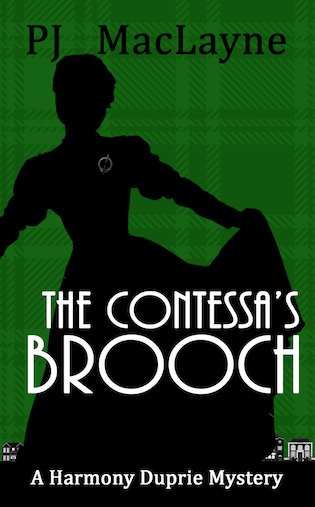 A firebug is stalking Oak Grove and internet researcher Harmony Duprie is on the case. It starts as a simple data analysis project for Police Chief Sorenson, but things get personal when the house she renovated is targeted.

The arsonist is in it for the glory, posting videos of his exploits on social media. So, Harmony calls for backup from her favorite computer hackers, Eli, Lando, and Scotty. Complications arise when Fiesker, a fire investigator with a chip on his shoulder, is brought in to unmask the culprit and put an end to the fires. Then there’s the mysterious emails being sent to the town’s firefighters. And who is leaving a trail of Celtic brooches behind?

Harmony finally gets a break when Jake, her ex, stumbles across information that might lead to the guilty party.

Can Eli, Lando and Scotty help Harmony track down the pyromaniac before someone gets hurt? Or, worse yet, killed?

I stripped off the flimsy plastic gloves that came with the dye and tossed them in the garbage can. Jake was still Jake, but a new and improved version with black hair. The beard might make a difference but would take a week or two to grow.

Still, I stepped back and walked around him to admire my work.

He studied himself in a hand mirror. “I hate it,” he said. “I don’t look like me. But I guess that’s the point.”

“It brings out the color of your eyes.” A little flattery might help. But that gave me another idea. Glasses. “Wait here.”

Like there was any place for him to go in my small apartment. There were several pairs of my old glasses stuck in a drawer. The prescription would screw with his vision, but if they changed his appearance, we could pick up a pair of low-level cheaters from the drugstore.

The first ones I found sported pink frames, bought on a whim, worn two or three times. While they would be a fun joke to play on Jake, I didn’t think he’d find them amusing. I dug deeper. The perfect pair with heavy black frames was in there somewhere.

When I found them, he was pretending to comb his hair while staring at himself in the mirror. The lines on his forehead made it clear he wasn’t happy. I thrust the glasses at him.

He slipped them on and grinned. “I forgot how blind you are, Angel.” He squinted in the mirror. “I can’t see a darn thing!”

My eyesight wasn’t that bad.

He slipped them down his nose so he could peer over the top. “Makes me look like a professor.”

Not the ones I had in college. He was better looking. But I wasn’t about to say that out loud and inflate Jake’s ego. 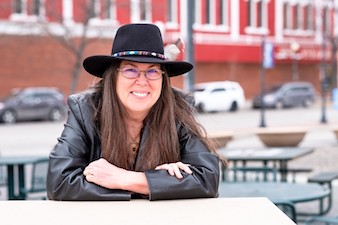 Born and raised among the rolling hills of western Pennsylvania, P.J. MacLayne still finds inspiration for her books in that landscape. She is a computer geek by day and a writer by night who currently lives in the shadow of the Rocky Mountains. When she’s not in front of a computer screen, she might be found exploring the back roads of the nearby national forests and parks. In addition to the Harmony Duprie Mysteries, she is also the author of the Free Wolves adventures.