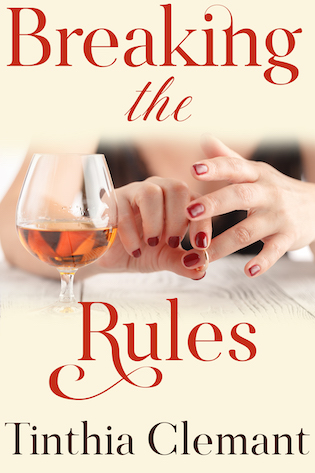 Hedge witch Shannon Baldos isn’t looking for love. She isn’t even looking for sex. She’s looking for the courage to finally leave her gaslighting husband’s ass. So the last thing she needs is a distraction, like the town’s land-grabbing yet oh so sexy property developer, Adam St. John.

Then again, maybe a little distraction is exactly what she does need.

Growing up under the domineering thumb of her maternal grandmother, and then married to a misogynistic husband, thirty-nine-year-old Shannon Baldos has learned that love hurts. For almost seven years she’s lived under the thumb of her abusive husband, all with the guise of wanting to give her son a stable home. The truth? She’s stayed because she’s a coward. Still is. But maybe, with heart fluttering, groin throbbing, Adam St. John by her side, or on top of her, under works too, she might discover some hidden courage and finally take her son and escape. As for falling for St. John and his pirate grin, not a chance. Rule #1: Don’t fall in love.

Referred to as an emotional train wreck, Wexford’s successful developer, Adam St. John, has rules. A lot of them. Created to keep him well-insulated from further pain and disappointment with regards to life, and love. At forty-nine, he’s quite happy with his life of solitude. With three divorces under his belt, he’s in no hurry to add a fourth. Besides, there are more than enough women willing to keep him warm at night. But when he meets the town’s green-eyed witch with the freckles splattered across the bridge of her nose, and the hips that sway under her flowing skirts, one night of passion leaves him craving more. Maybe it’s time to break a few rules.

In her newest novel, Breaking the Rules, Tinthia Clemant has woven a story about one brave woman’s determination to take back her life as she learns that love doesn’t always hurt.

Shannon fiddled with the buttons of her dress as she and Justin waited for their coffees. Outside, rain fell on people rushing by the window of the coffee shop. She moved her attention from the scene outside to her two-month-old son in the carrier next to her. He was the most beautiful baby she’d ever seen, and it still amazed her that he’d formed inside her body.

“Are you listening to me?”

She looked up at her husband of one year sitting on the opposite side of the booth and nodded. A sense of hopelessness washed over her. She’d tried to do everything right—paid for the train tickets with cash and not her credit card, hadn’t used her real name, all the little tricks she’d picked up from watching movies over the years. She’d even cut her hair. Yet Justin had found her after only two days. She wouldn’t make a very good spy.

“Say something,” Justin demanded, loud enough that the people across from the booth glanced over.

Shannon rubbed at her forehead. “I’m sorry, my head is pounding.” Hopefully, the lie would keep his anger at bay.

“Do you have anything you can take?”

He reached across the table and grabbed the diaper bag. After rifling the contents, he removed a pocket-sized tube of Advil, along with her cell phone.

She watched her phone slide into his coat pocket. “What are you doing?”

“I’ll hold on to your phone. Now that I’ve found the two of you, you won’t be needing it.” He poured four pills into his palm and held them out. “So, what do you think?”

She struggled to come up with a name that wouldn’t set him off. “Maureen,” she lied a second time, hoping he didn’t know she hadn’t spoken to her coworker since quitting the ad agency.

“What do I think about what?”

She received a severe frown as a response before he said, “You’re doing it again.”

“Not listening to me. How about thinking about me for once and not always yourself?”

“Yeah, you’re always sorry after you do something.”

She glanced at the baby. Satisfied he was still sleeping, she adjusted his blanket and returned her attention to the table, where she stared at her coffee.

Justin’s tone softened. “You make me do and say things. If you acted better, I wouldn’t be so hard on you.” He reached across the table again, this time offering his hand.

Shannon bit into her lower lip in the exact spot she’d recently opened with her right canine. Blood meandered through her teeth, and she slowly placed her hand in his.

“That’s my girl. What I said was, if you and Chad come back home where you belong, I’ll go to couples counseling like you asked. I can change.”

He lifted her hand and kissed her knuckles but then squeezed her fingers, driving her wedding band into the side of her pinkie. “I’m not the bad guy, Shannon. Most of the time I’m only joking around, but you take things much too serious. You know what your problem is? You’re too sensitive. You need to lighten up.”

The baby squirmed and drew her attention. Chad scrunched his face, coloring the round cheeks so that he resembled an angry plum. “I have to clean him.” She moved from the booth and looped the strap of the diaper bag over her shoulder. “I’ll be right back.”

Justin pushed his chair back from the table and walked with her to the bathroom. “I’ll wait right here,” he said, positioning himself against the wall. She pulled on the door, but he blocked it. “I’m taking you back, Shannon. You need me—you’re too weak to raise a kid on your own.”

He released the door, and she entered the bathroom.

While changing Chad’s diaper, distant voices filled her ears, voices that belonged to ghosts who wouldn’t stay vanquished. In her mind she was a child of six and hiding under her grandmother’s heavy, wooden desk.

‘Don’t you walk away from me, young lady.’

The memory of the voice was like a cold wind, the kind that could get under her coat and raise goosebumps up her back.

She knew her mother would speak next; the memory was always the same—never changing because the dead wouldn’t allow it.

‘For Christ’s sake, Mother, I just buried my husband.’

‘Keep your voice down, Katherine. Do you want everyone to think you’re hysterical?’

‘I don’t care what people think. This is not the time to have this conversation.’

‘This is the perfect time. What are you planning on doing? Raising the child on your own? You know you’re not equipped for that.’

‘I’m perfectly capable of taking care of my daughter.’

In the restaurant bathroom, Shannon squeezed her eyes closed, recalling the spider that had crawled up her young shin and how she’d placed her hand in its path and lowered it back to the floor. It had scurried out from under the desk, and her grandmother’s thick-soled shoe had turned it into a black splotch. That was how she felt now, like a spider with a dark shadow hanging over her head, ready to drop and crush both her and Chad.

“Shannon.” The doorknob rattled. “Hurry up.”

“I’ll be right out.” She unbuckled Chad from the changing table, returned him to his carrier, and paused to stroke his dark brown hair. In exchange for her tender touch, he cooed. She kissed his cheek and whispered, “I’m sorry munchkin. I tried.” 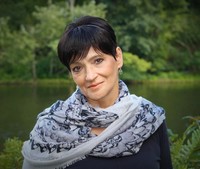 Tinthia Clemant was born in Medford, Massachusetts, over sixty years ago. Her childhood was a happy one. She lived in a loving home with her three siblings, mother and father. Her imagination soared as she passed the days enacting the scenes from the stories that spun through her mind.

Tinthia always wrote. From the time she first picked up a pencil, or perhaps it was a crayon, she wrote. Stories about searching for secrets. Stories about joy and sadness; friendship and betrayal; and, of course, stories about true love.

She self-published her first book by stapling six pages together. Her marketing plan was simple–give the book to her mother for Mother’s Day. Marketing her indie-published books has gotten a whole lot harder but she pushes on, knowing the worlds she creates will take each reader on a magical journey.

A romantic women’s fiction author, Tinthia fell in love with romance when she witnessed, at the impressionable age of five, the power of true love. On the silver screen of the Meadow Glen drive-in, she watched Prince Phillip defeat Maleficent’s tangled web of thorns and the fire-breathing dragon so he could save his lady love. As Phillip pressed his lips against Sleeping Beauty’s, she understood the power of true love’s first kiss.

As a hopeful romantic, Tinthia has searched far and wide for that special someone who will take her breath away. Unfortunately, she has yet to find love’s magical kiss. However, she learned a lot about herself along the way and uses these lessons to weave her stories and the strong (and older) heroines she brings to life.

Tinthia lives on the banks of the Concord River and spends her time teaching science at a local community college, gardening, painting, tending her flock of Mallards (follow her natural history blog at: concordriverlady.com), reading, and, of course, writing about journeys, disappointment, joy, and true love. Her two favorite men are Ben and Jerry and she wishes they would bring back the summer flavor, Blueberry Cheesecake.