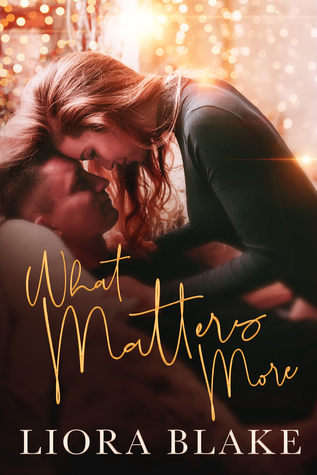 A sexy contemporary romance about what happens when a casual one-night stand becomes anything but casual.

JT Maxwell has it all . . . well, almost. He’s a US Marshal, he looks like he belongs in an aftershave commercial, and he has tattoos—lots of tattoos. Unfortunately, he’s also in debt up to his pretty blue eyeballs. Between that and his recent divorce, his personal life is nonexistent these days. But when a free-spirited artist approaches him for a no-strings-attached one-night stand, things suddenly start looking up.

Anya Alves’s life is a mess. She’s lost her job, caught her boyfriend cheating on her, and if it weren’t for the house-sitting gig she just landed, she’d be homeless. On top of all that, her creative muse has up and disappeared. If she doesn’t get it back, her burgeoning career as an artist will be over before it starts. But after indulging in a steamy hook-up with a guy who makes it easy to forget her troubles, she gets her mojo back.

The last thing she expects when starting her house-sitting job, is to see her sexy one-night stand again . . . living right across the street.

Anya managed a nervous smile and thrust her arms forward, with the baking pan perched in her hands like an offering—one she suddenly wasn’t sure would be welcome.

“We made enchiladas for dinner,” she blurted out. “And we saved some for you. Tara said you can send her a thank-you note tomorrow. I kept them warm, and I have salad and some beer, too. Are you hungry?”

JT’s gaze zeroed in on the pan in her hands and he simply stared at it, not saying a word, even when Anya cleared her throat to ease the uncomfortable silence. She felt a blush creeping across her cheeks, and a panicked thought hit her. One that if she hadn’t lost her mind earlier, she would have been able to see coming before she found herself with these damn oven mitts on her hands.

Maybe this was a mistake.

She could see how this must look, this show of domesticity on her part that he certainly hadn’t asked for or even insinuated that he wanted. But here she was, making him dinner and keeping it warm until he arrived home, like she was some proper Kennedy-era housewife—which, on so many levels, she definitely wasn’t. Even the outfit she’d changed into, a lavender floral mini dress, made it look like all she was missing was a cute little vintage apron to complete the look.

Of course this was a mistake.

Anya considered setting the pan on the ground and walking away without saying another word. But then JT locked his eyes with hers. A hungry, heated look was on his face, and because she was regretting this whole thing now, she wasn’t sure whether that look was for her or the enchiladas. Either way, she needed him to say something soon because she was about to drop this hot pan and swoon, although not necessarily in that order.

“I’m starving,” JT rumbled. Then he made his way toward the door into the house, opened it, and invited Anya in with just the tip of his chin. She scooted past him in the doorway and swore that when she did, he actually grunted quietly as she passed.

Even then, she still wasn’t sure what he wanted to eat first. 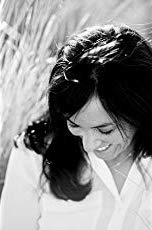 Wife of one. Mom of three plus a Beagle.

Liora Blake is a contemporary romance author living in Colorado.

When she isn’t writing, she’s likely baking cookies she shouldn’t eat, inventing elaborate excuses to avoid going for a run, or asking the nice barista to sell her another quad-shot Americano.