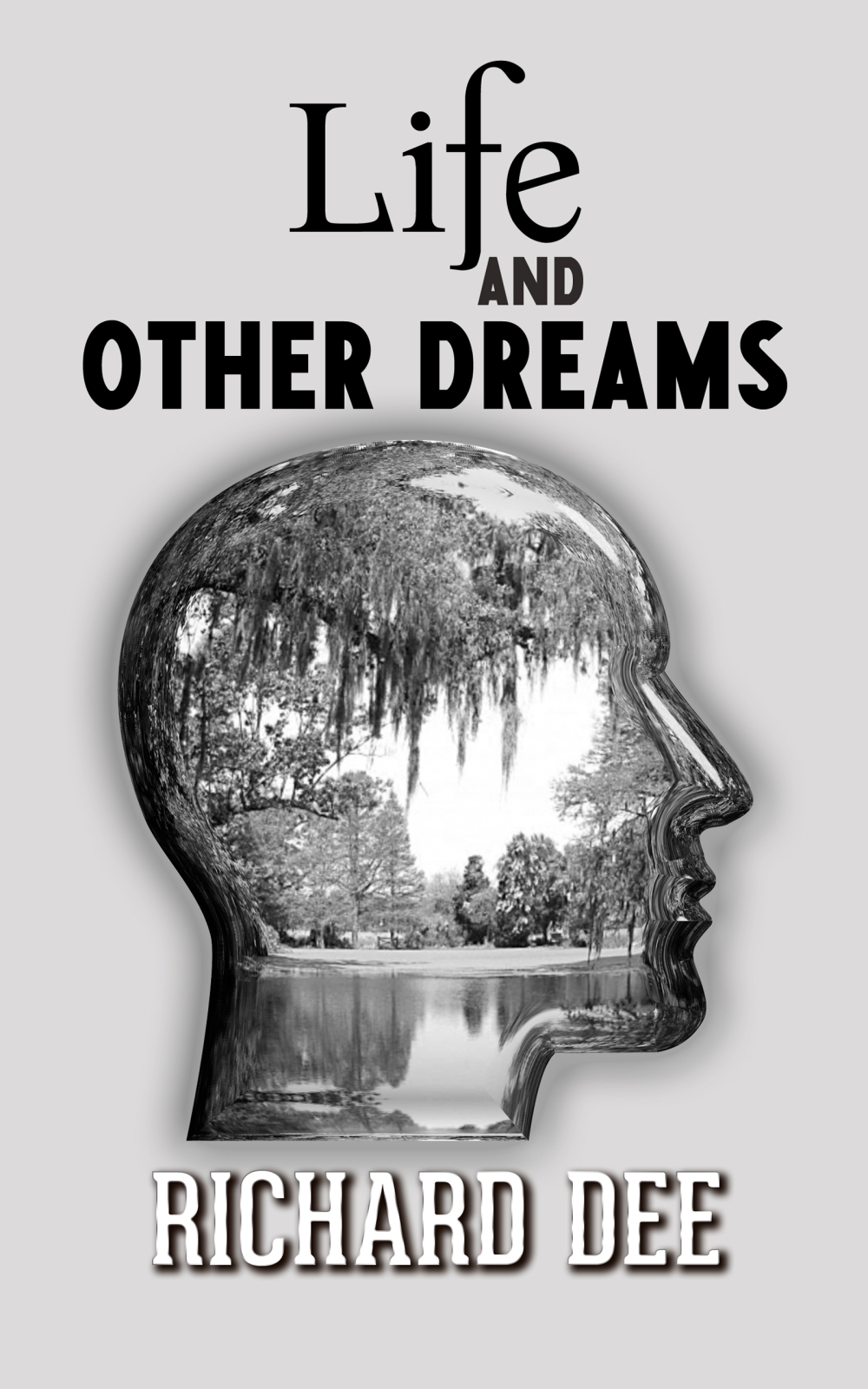 Life and Other Dreams

Rick lives here on Earth now, with Cath. His life is boring, writing adverts for cat food and exotic holidays. When he’s asleep, he dreams vividly.
In his dreams, he lives as Dan, spending his time with his wife Vanessa. They live six-hundred years in the future, half a galaxy away. They’re explorers, searching for valuable minerals on Ecias, an alien paradise.
Dan has no dreams about Rick’s life, he lives on Ecias, loves his life and Vanessa.
When the two worlds overlap, Rick starts to question what is real. Events in his waking and sleeping lives are mirrored, similar people inhabit both and coincidences mount up. Then disaster strikes in each world at the same time. In his dreams, Dan is accused of a crime he didn’t commit. Meanwhile, after one coincidence too many, Cath thinks that Rick’s dreams are hiding an affair and leaves him.
Is Rick going crazy, or can he be living in two places, in two times, at once? If not, then which one of them is the reality? Will one life carry on when the other is on hold?

Richard Dee is kind of a mad scientist of literature, I think.  I fell into this rabbit hole that is the life of Rich/Dan…and the end of the book certainly didn’t let me find my way out.

I do not like Cath.  I don’t like her in the beginning of the book and I definitely don’t like her when she loses her mind over a perceived affair that she concocts using a couple of coincidences and Jonathan Swift (yeah…I know…like I said…mad scientist).  She refuses to let Rich defend himself…refuses to let him speak at all.  She just decides he’s done this thing.  Her behavior through the whole book borders on narcissistic, making her seem less the heartbroken victim and more a bitch.  The sheer gall her character has in the end is…mind-boggling.  I read that and while I couldn’t hate her as a character any more, I could certainly lose hope for Rich. Rich, well, Rich doesn’t really settle into me as somebody I like too much, either. I give him a pass on his wishy-washy and meek personality because his life is really chaotic at the moment when he’s used to staid, but he never really grows on me as a character.  At least his reasons for being secretive make sense.   It’s pretty early on in the book when Rich begins to question his reality…which really sets you up for wondering what else could go on.  Rich stops questioning his reality about the same time that I really started to question it.  His life on Ecias as Dan is way more vivid and detailed than his life on Earth. Dan and Vanessa feel more like characters in a story than people, to start…which leads to the reader just assuming that they’re the dream.  As the story progresses, though, Dee breathes more and more life into them, creating a bigger question of which world is real.  Probably because of the whole futuristic/sci-fi aspect of the dream, but then the characters of the dream (and companies) start to creep into Rich’s life.

Small details are seriously important in this story.  It’s almost difficult to spot the crossovers between worlds…but the more you look and find, the more you start to wonder just what is REALLY going on here.

The ending is…so worth it and not.  I’m a big fan of cliffhangers, though, and Dee definitely drops a doozy on you.  I’m pretty used to the “twists” of psychological thrillers.  I can almost always predict an ending because there aren’t a whole lot of ways to go.  But when he mixed sci-fi with psychological thriller, Dee opened a whole new world in which things could go sideways.  And now I’m trapped and wanting to follow the white rabbit further into this to the next book. 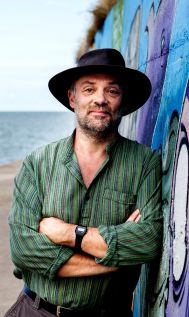 Richard Dee is a native of Brixham in Devon. He left Devon when he was in his teens and settled in Kent. Leaving school at 16 he briefly worked in a supermarket, then went to sea and travelled the world in the Merchant Navy, qualifying as a Master

Mariner in 1986.
Coming ashore to be with his growing family, he used his sea-going knowledge in several jobs, working as a Marine Insurance Surveyor and as Dockmaster at Tilbury, before becoming a Port Control Officer in Sheerness and then at the Thames Barrier in Woolwich.

In 1994 he was head-hunted and offered a job as a Thames Estuary Pilot. In 1999 he transferred to the Thames River Pilots, where he regularly took vessels of all sizes through the Thames Barrier and upriver as far as HMS Belfast and through Tower Bridge. In all, he piloted over 3,500 vessels in a 22-year career with the Port of London Authority.

Richard is married with three adult children and three grandchildren.

loud Café, a murder mystery set in space and the start of a series featuring Andorra Pett, an amateur detective. Sequels to Ribbonworld and The Rocks of Aserol have been published, together with a second Andorra Pett story, Andorra Pett on Mars. He also contributed a story to the 1066 Turned Upside Down collection. Richard is currently working on prequels, sequels, and new projects.

You can find out more about me on my website at richarddeescifi.co.uk. Head over there to see what I get up to, click the FREE STUFF tab or the PORTFOLIO tab to get all the details about my work and pick up a free novel or short story.