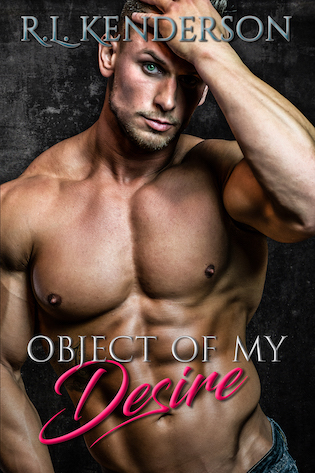 A romance author, a cover model, a book signing … a crush.

Ordinary women like me know we shouldn’t fall for beautiful men like Travis Zehler, one of the hottest cover models in romance fiction. But, sometimes, we can’t help ourselves.

When I meet him at a book signing, my attraction to him is instant. I’m infatuated, and I can’t stop thinking about him.

Even though I have doubts he’d ever be interested, I invite Travis to attend a book signing with me. And he says yes.

My fantasy comes true when he takes me to his bed, and the more time we spend together, the more I see that Travis isn’t some object to be desired.

I want to show him he can trust again, but when our confidence in each other is shaken, I begin to wonder if happily ever afters are only for my romance novels.

The combined noise of two phone alarms with completely different songs woke us up at six fifteen the next morning.

I quickly shut mine off, as did Harper.

“That was a horrible noise,” I commented from my bed.

“Yep, I’m up,” Harper said. “Although I’m wondering now why we stayed up late, watching movies.”

“I’m wondering whose idea it was to schedule a seven a.m. breakfast on a Saturday.”

Harper sat up. “No kidding. It’s my day to sleep in. What the hell, people?”

I pushed my covers off me and sat up as well. “We could always skip it?”

“You’re right. I don’t think they have coffee though. We’ll have to go and get one before.”

“Are you showering before you go?” I called out to her.

“No, I’m just going to get dressed and go. I’d rather shower after, so I can look pretty for the book signing.”

“Thank God. I didn’t want to shower either.”

I spent most days sitting in front of my computer or running errands. Most of the time, I didn’t even bother with makeup, doing my hair, or putting my contacts in. My outfit of choice was yoga pants.

So, when it came to book signings, I always liked to look a little more professional. But I really didn’t feel like doing all of that before seven in the morning if I didn’t have to. Besides, I didn’t have time.

I brushed my hair and my teeth and put my hair up in ponytail. I put on clean clothes, and, yes, I decided to go with yoga pants because I wanted to be comfortable.

“We’d better go. I don’t want to be one of the last ones there and have to sit with people we don’t know.”

“What’s wrong with that?” Harper asked.

She could make friends with a wall.

“Nothing, except that I hate imposing on people.” I grabbed my name tag and my key card.

“But you’re an author. People want to meet you.”

“I’m a non-famous author,” I reminded her.

Harper grabbed her things and looped her arm with mine. “Then, let’s go make them want to meet you.”

We went and got large lattes first before we headed to the area where we were supposed to meet for breakfast. There weren’t that many people around, but there also weren’t many tables.

After the food was rolled out, we filled up our plates and brought them back to our table. I wasn’t a health food nut, but I did try to eat well most of the time to keep myself from gaining too much weight. But I was on vacation, and I was eating as much breakfast as I wanted.

“Oh my God,” Harper said with a moan. “These are the best muffins.”

She broke off a huge piece. “Here, try some.”

I opened my mouth, intending to take a bite, but she shoved the whole thing in my mouth. Both of us started laughing, and I had to turn my face toward the wall behind me. If I kept looking at Harper, I wouldn’t stop giggling, and I didn’t want the room to stare at my chipmunk cheeks.

A close female voice said, “Do you mind if we take your other two chairs?”

Out of the corner of my eye, I saw Harper wave her arm at our empty chairs. “Go ahead. Those seats are free.”

“Thank you,” a male voice said.

I finally managed to chew half of the food in my mouth and swallow it. “You bitch,” I told Harper as I turned around.

She laughed again, and I probably would have, too, except I was stopped dead when I saw who was about to take the seat across from me.

It was Travis Zehler, and holy shit, but the few pictures I had seen on online did nothing to prepare me for him in real life.

He was tall with broad shoulders and a trim waist, and when he turned to point to something, talking to the woman beside him, I noticed he had a gorgeous ass, too. I wouldn’t have even needed to look up his picture to know this was him. He carried himself in such a way that there was no other word for it than modelesque.

Now, I remembered how I’d thought he wasn’t the cutest guy I’d ever seen. His hair was shorter than the few pictures I’d seen, and he had a trim beard. When he smiled at us, I knew I wanted to have his babies.

Why did I decide not to look pretty this morning again?

Harper kicked me under the table, and I realized I’d been staring. With my mouth open. With food in it.

Travis shook his head and laughed.

I was going to kill Harper later.

The woman to my right had on a purple name tag like me and was probably about my age. She had shoulder-length auburn hair and pretty brown eyes. “Hi, I’m Angela Devlin.”

I swallowed my food, composed myself, and smiled. “I’m Sydney Hart.” I’d seen her name around on social media, but I hadn’t read any of her books yet.

“This is Travis,” Angela said, pointing to him. “He’s my assistant-slash-model.”

“So, when did you two get in?” Harper asked. “We saw your name tag still on the table last night,” she said to Travis.

He smiled, but Angela was the one who said, “We got here about midnight.”

Harper winced. “Ouch. And you both got up so early?”

“I slept almost the whole way here from Minneapolis, so I had plenty of rest. But I did just throw on some clothes this morning,” Angela said.

Although Travis looked great for someone who had driven for hours and gotten no more than six hours of sleep.

“Are you both from Minneapolis?” I asked. I thought I had read Travis was from somewhere farther away, but maybe I was wrong. I hadn’t given his bio my full attention the night I looked him up.

“I’m from Michigan,” Angela said. “I flew into Minneapolis and drove here with Travis.”

“But you’re from Minnesota?” I asked Travis.

“Yep. Born and raised.” He grinned, and not one, but two dimples appeared. Figures. “I grew up in a small town, moved to the Cities in high school,

I couldn’t believe he was from the same place I lived. Despite just meeting him, he gave off this aura. I didn’t know how to explain it, and it was kind of like finding out a famous actor lived near me.

“That’s so cool that you decided to attend,” Harper said.

“Yeah, Ang convinced me,” he said, and I noticed the nickname he used for her. They must be close.

“How did you do that?” I asked Angela, half-joking, half-serious. “I think he’s the only model to attend this weekend.”

She laughed. “I did a lot of begging and pleading.”

Travis shook his head, but he was smiling.

Travis shook his head again, and mouthed, No, I’m not.

Harper and I both laughed.

Angela put her hand up to her mouth, so Travis couldn’t see what she was saying, but then she proceeded to speak loud enough for him to hear. “He’s also a big softy.”

“Shh … don’t tell anyone.” Travis shoved a forkful of food in his mouth and grinned.

Harper leaned over to me and whispered, “Just a guy, huh?” 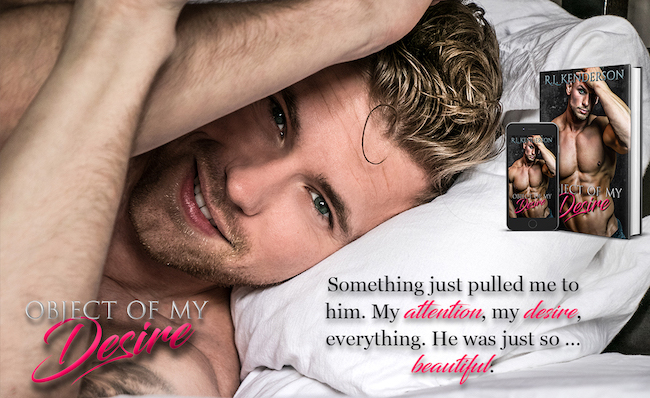 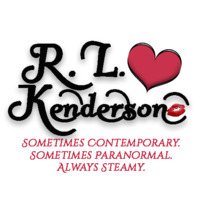 R.L. Kenderson is two best friends writing under one name.

Renae has always loved reading, and in third grade, she wrote her first poem where she learned she might have a knack for this writing thing. Lara remembers sneaking her grandmother’s Harlequin novels when she was probably too young to be reading them, and since then, she knew she wanted to write her own.

When they met in college, they bonded over their love of reading and the TV show Charmed. What really spiced up their friendship was when Lara introduced Renae to romance novels. When they discovered their first vampire romance, they knew there would always be a special place in their hearts for paranormal romance. After being unable to find certain storylines and characteristics they wanted to read about in the hundreds of books they consumed, they decided to write their own.

One lives in the Minneapolis/St. Paul area and the other in the Kansas City area where they’re a sonographer/stay-at-home mom/wife and pharmacist/mother by day, and together they’re a sexy author by night. They communicate through phone, email, and whole lot of messaging.