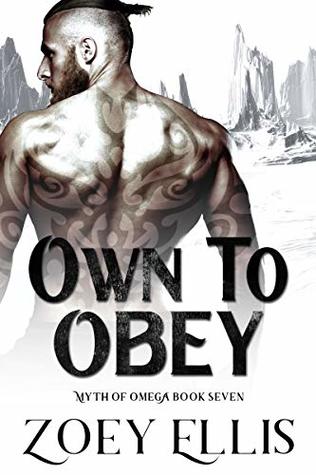 He obtained her – and now she must obey

Brutality and tradition are a way of life for ferocious tribe leader, Kardos. Born different from the other princes, he strives to be the best–to earn his place and prove his worth.

After negotiating for a rare Omega not seen in his Land for over one hundred years, he is keen to present her to the High Chief and gain the recognition he deserves.

She must accept her fate – and so must he.

Sheltered all her life, Omega Shaya found joy in the gardens of her home, the protection of her sister, and the simplicity of her life.

But when the decision to save her sister suddenly puts her in the possession of a fierce tribal warrior, she begins to understand that life can be savage, and painful, and complex.

Alone, and with no way to protect herself, Shaya is determined to overcome the harsh treatment of a culture she doesn’t understand, but when she finds herself attracted to the Alpha’s dominance, she has to find a way to resist him so he doesn’t break her completely; body, mind, and heart.

Own To Obey is the first book in this couple’s story, but the seventh installment of the Myth of Omega series. This is a dark, steamy, Omegaverse romance. Cliff-hanger included. For fans of barbarian Alpha anti-heroes, sweet but savvy Omega heroines, epic fantasy worlds, and captive romances. Discover a magical kind of dark…

Own To Obey includes romance and situations of a dark nature. Some aspects of this story may be sensitive for some readers. For ages 18 and over.

“And am I part of your tribe now?”

Her frown caused a deep line in between her brows.

“That sounds like slavery to me,” she murmured on a breath, her brown eyes drifting from him.

“It is not,” Kardos barked. “We are not like the Western Lands. We have a rich, honorable, and developed culture that you are expected to adopt. And you will adopt it by the time we arrive.” He lowered his voice. “And do not forget that you volunteered to be here in place of your sister. You have no right to complain about anything. You will obey all instructions without hesitation. Is that clear?”

Her eyes lowered and she nodded.

He suspected as much. “And your name is Shaya.”

Her eyes darted up. “It is Katashaya.”

Kardos frowned. “That is not what your sister called you.”

A fleeting expression contorted her face for a moment, but then her head dipped back down before Kardos had the chance to decipher what it was.

“My name is Katashaya,” she said, her voice firm.

“I will call you what your sister called you,” Kardos decided.

The Omega’s mouth tightened slightly. “I will not answer,” she whispered.

Shock bolted through Kardos. “What?”

The Omega said nothing. Her eyes were stuck to a point on the floor.

Kardos lunged forward and grabbed her jaw. “Speak! What did you say?”

The fear in her eyes was mitigated by the tension in her lips. “Only my sister and my friends call me that.”

Kardos battled the anger that grew at her audacity to challenge his decision. This disobedience would have to be trained out of her. “Did King Malloron call you that?”

“Then so will I,” he roared, suddenly furious. He gripped her jaw harder, a rush of something ugly and dark whipping through his body. As far as he was aware, King Malloron hadn’t even known she was an Omega. How is it that he called her a name she considered intimate?

As he examined her face, he remembered he’d seen her treating King Malloron when he was wounded. Maybe she had done more for him than that. He gritted his teeth as the ugliness within him expanded and revolved, almost taking over his whole body. “Was King Malloron a friend to you?” he asked, his voice deadly and low. “Did you fuck him?”

The Omega’s eyes widened and she tried to shake her head, but he held her too tightly. “No,” she mumbled through her closed jaw. “He was my King. I served under him.”

Kardos drew her face to his, until her perfect mouth was almost against his lips. “You serve me now,” he growled. 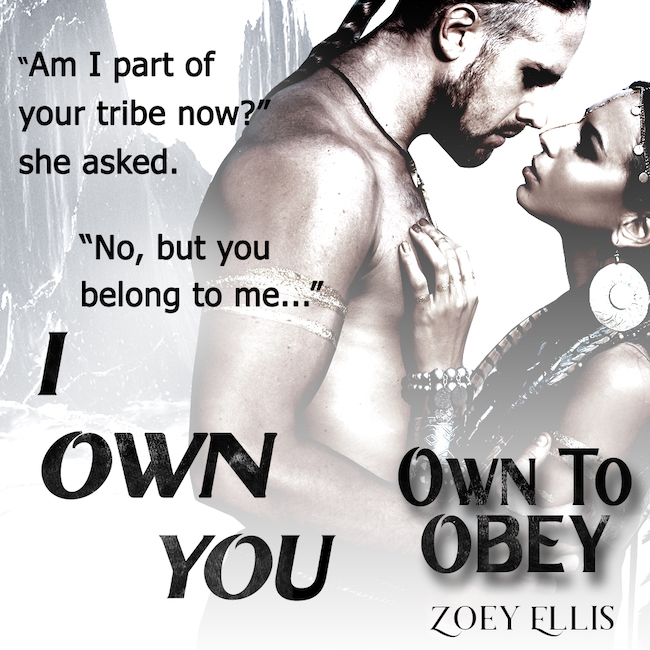 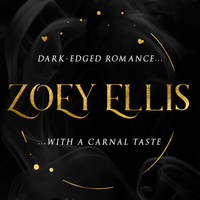 Zoey Ellis is a Dark Fantasy Romance author currently working on completing her M/F Omegaverse Romance series, Myth of Omega. She writes dark-edged romances about tortured, possessive, alpha anti-heroes and the sassy heroines who belong to them (even if they don’t want to!). Filled with passionate, carnal steam, Zoey’s stories feature couples that go through tough journeys and make mistakes but ultimately have to grow for each other to survive the dark worlds they inhabit.

Zoey is a Londoner, cat mama, and proud romance and epic fantasy addict. She loves jealous/possessive heroes, sexual tension that jumps off the page, and memorable, magical worlds. She reads most genres of romance and has a special love for the ‘true mates’ trope and dark angst.

When not working on her stories, she is usually gaming, buddying reading with friends or stumbling upon new and ridiculous ways to mess up a date!

She offers exclusive news, bonuses, and giveaways to her reader’s group, Dark Halos; sign up at the back of her books to join.

Snoop around Zoey’s online home for her favorite reads, release news, and bonus media about her fantasy worlds: http://www.zoeyellis.com