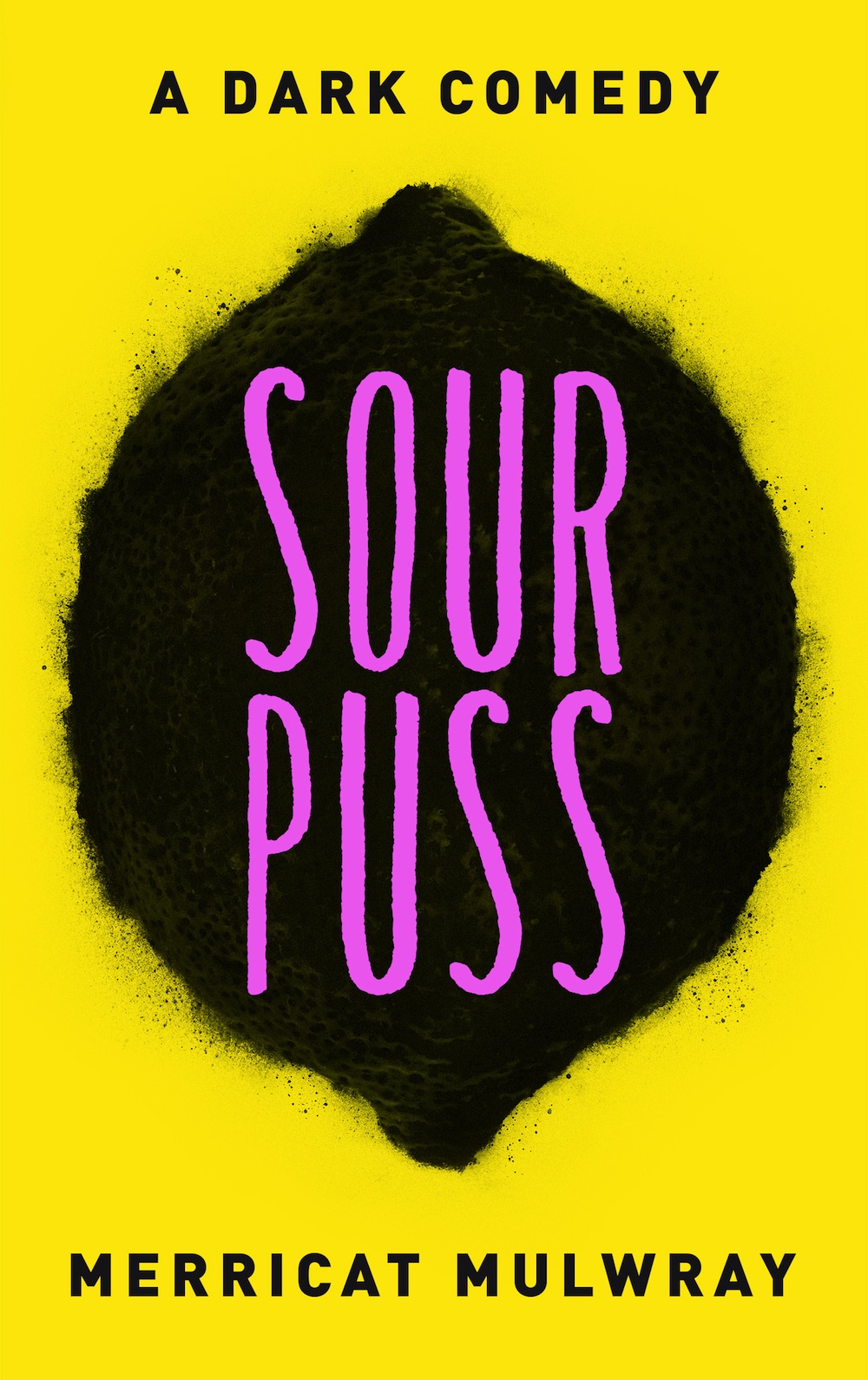 Sourpuss is a blistering satire of the depraved and entitled culture that pervades college campuses.

She’s sprinting through her senior year obsessed with winning a spot on the US Olympic track team. But she runs straight into a hurdle in the form of fraternity president Graham Patterson, an intern assigned to help her recover from an injury – one she blames on him.

Once Graham’s therapies begin to work, Mallory pretends to fall in love but traps herself in her own scheme and tailspins deep into his debauched world. When a scandal erupts which threatens to shatter her Olympic dreams once and for all, Mallory must finally face the dark truth she’s been running from since freshman year.

In the style of a ’90s dark comedy flick, Merricat Mulwray’s debut brings an insightful and humorous perspective to the reckless behavior college students perpetually get away with. Mallory, herself a flawed heroine, is backed by a self-serving cast of athletes, party girls, townies, and fraternity brothers so hilariously dark that the book will leave you wondering if anyone ever gets what they deserve.

I have very conflicted feelings about this book.  It’s seriously good, that I know.  Sourpuss by Merricat Mulwray is a book that I had to force myself to read…and then I found myself eagerly reading to find out what kind of insanity happens next.  I’m still trying to figure out why.  The writing was good.  The story was compelling, but I generally am a reader who values character growth and world-building…and this book doesn’t have a lot of either of those things.

Let’s start with character growth.  I dislike almost all the characters in this book.  I disliked them in the beginning and I disliked them in the end.  Wesley was nearly redeemable.  Ken…Ken might be the only one who really was.  Mallory is a heinous, know-it-all, entitled bitch…she can’t even hide it enough to surround herself with sycophants.  I basically pushed through the first part of the book because I can’t stand her.  While she doesn’t grow on you, she does show some amount of growth…but only once everything is a complete disaster.

Graham…ugh.  He’s hot.  And smart.  And a complete ass-kisser.  His insatiable need to be accepted is such a character flaw, you really wonder if he’ll ever be redeemed.  He is the frat-boy foil to Mallory’s track-star diva.  The two of them have an enemies to lovers thing going that is pretty obvious from the get-go, though you have to wonder why Graham is attracted to somebody who shows nothing but disdain for him.  But Graham is not a person that I like.

I’m just not sure how a book about people that I can’t even find a modicum of respect for became so engaging that I read it all in a few hours.  I think it was sort of like a train wreck…I just couldn’t look away.  Things just get crazier and crazier and somehow you start rooting for them as a couple…even though if they were real people you’d steer clear and judge away.

If it wasn’t apparent when you first start the book, this is definitely a satire through exaggeration.  I’ve been to a party school…and while a lot of the shenanigans that Mulwray writes about do happen, I don’t recall them happening to the extent that they do in Sourpuss.

The second reason for my conflict is that I feel that the book makes light of some very serious issues.  It’s not just shenanigans.  Drugging girls, having sex with them when they can’t consent, and many other things (and the origin of the name of the book).  They’re all talked about as if they’re just something that happens.  That bothers me.  They “get away with” a variety of sexual assaults because they’re “the frat”.   Even though I know that this is a dark satire, the brushing off of all these incidences causes me to cringe and I very nearly stopped reading.

At the end, though…that ending.  I’ll be looking for the next book from this duo because, while I didn’t feel this was much of a comedy, it was definitely a good read and pulled a lot of emotions from me.  That crazy lady who says you should only have 30 books would say toss it…because there was no joy in the reading of this book.  But there was a lot of moral horror, scandal, and a very, very good story about people we love to hate.

Merricat Mulwray is the collaboration of two sisters. They live in Los Angeles where they hatch plans and develop schemes, sometimes these turn into novels.