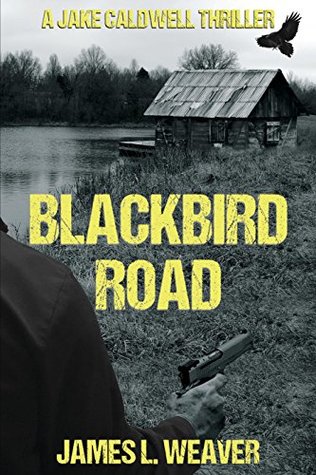 With his wedding day fast approaching and his PI boss heading out of town, ex-mob enforcer Jake Caldwell decides to take one more job before a much-needed vacation. But in a matter of days, his client is assassinated and her six-year-old son kidnapped.

With just a few clues, Jake calls on old friends to help track down the person responsible. Only this time his fiancée Maggie, desperate for Jake to leave his violent history behind, can’t guarantee she’ll be there when, or if, he comes home.

But Jake can’t turn his back on those who need him. It’s in his blood.

A perilous plot of lies and secrets unfolds, and Jake encounters criminals more brutal than ever. And when a threat to thousands of innocent lives is uncovered, Jake once again dives back into his past, requesting favors from some unexpected and unsavory contacts.

Jake needs to stay one step ahead of the bad guys if he’s to have any future at all.

The third book in the award-winning JAKE CALDWELL series is an intense, complex, and frantic race against time. Weaver has done it again in this raw and riveting read set in the Ozarks. 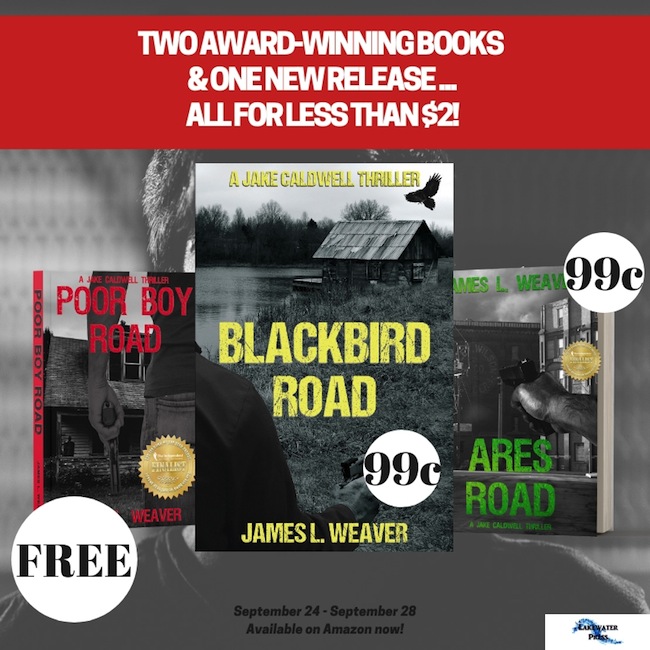 Dawson’s arm lashed out and backhanded the kid. The boy flew back and crashed to the gravel, hands covering his face. Dawson advanced on the crumpled figure, and Jake jammed his foot against the gas pedal.

“I’m fine,” he said. “Just gotta take care of something. I’ll call you back.”

He tossed the phone to the passenger seat as he maneuvered the truck toward the fork in the road. The heat crawled up his neck, flushing his face in a crimson hue, feeling the sting of the strike on his face as if Dawson struck him. Jake’s father was the master of the backhand slap, and Jake the recipient of it many times. The perfect balance of speed and stealth—you never saw it coming. As Jake wrung the life from the steering wheel and spun right at the fork in the road, he had to get his shit under control or it would be Dawson’s neck beneath his hands. That wouldn’t end well for anyone.

By the time Jake roared up the driveway, a woman made a feeble attempt to stand between Dawson and the boy. Another quick lash from Dawson’s hand sent her sprawling on the ground beside the kid. Jake slid to a stop in a cloud of dust and grabbed his pistol under the seat. Dawson jerked his head at the disturbance, a snarl rising on his stubbled face. Jake drew a deep breath of sanity through his nose and out his mouth, releasing the gun. It would be a horrible idea to bring it, and he wouldn’t need it anyway. If he couldn’t take care of a drunk wife beater, then he might as well give it all up and go work as a janitor somewhere.

Jake stomped from the truck, noting the blood trickling from the boy’s nose. Old, purple and yellow bruises lined the woman’s arm like a bad tattoo. The familiar scent of whiskey wafted from Dawson as Jake drew close, hurling him back to the house in Warsaw when he would lay on the floor after a beat down from his father, his mother shielding him from further blows.

James L Weaver is the Kansas City author of the Jake Caldwell series featuring IAN Thriller of the Year finalist Poor Boy Road, and the IAN Thriller of the Year finalist and New Apple Official Selection sequel Ares Road from Lakewater Press. He makes his home in Olathe, Kansas with his wife of 20 years and two children. His previous publishing credits include a six part story called “The Nuts” and his 5-star rated debut novel Jack & Diane which is available on Amazon.com. Author note: a handful of the raters are actually not related to him.

His limited free time is spent writing into the wee hours of the morning, playing parental taxi cab to his kids’ sporting endeavors, and binge watching Netflix and Amazon Prime.