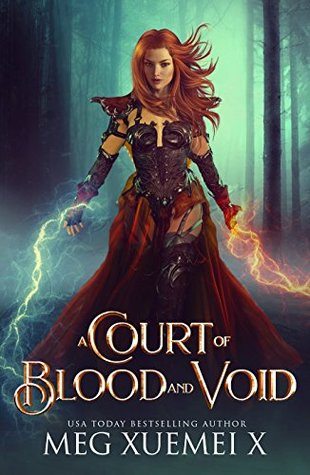 As a direct descendant of the God of Death, Cassandra Saélihn is considered the most dangerous monster of all time. Her own mother locks her in a cage to protect the world from her lethal potential. Cass thought this imprisoned life would be her fate, but then four sexy, formidable warriors–a vampire lord, twin fae princes, and a demigod–find her.

They claim she’s not a monster, but a powerful weapon, one who can kill the Olympian gods, who have returned to Earth with a vengeance. But Cass has a mind of her own and can’t be told what to do, no matter how drawn she is to her four warrior saviors. To their dismay, the four warriors can’t tame the wild, cunning, and volatile Cass. But they have a bigger problem–their growing attraction toward her.

To turn the woman they desire into the ultimate weapon and ensure Earth’s survival, they’ll have to conquer her body and heart, which seems even more impossible than winning the war against the atrocious gods. But nothing turns these alpha males on more than an impossible dare. And nothing turns Cass on more than being stalked.

Why did he suddenly have a heartbeat? I purred, and the vampire’s heart started pumping.

The vampire stumbled back, clutching his hand over his heart. An instant later, he realized his own reactions and quickly removed his hand from his muscled chest.

His expression became unreadable once again. He stepped toward me aggressively and stopped a foot from my cage. I didn’t back down, but shock slammed me silent as heat rushed between my thighs as he entered my proximity.

His nostrils flared, as did the panther’s.

Intense heat materialized in both the vampire’s and the panther’s eyes.

What kind of freak show is this?

Despite my fatigue from being starved, I clenched my fists on my side to stave off the liquid fire that continued to twirl around my lady bits, teasing and taunting my awakened lust. I’d never experienced anything like this. My body was out of control, and I didn’t like it one iota.

“What the fuck did you do to me, vampire?” I hissed. “And why has your heart suddenly started beating? You’re supposed to be undead, just like any other bloodsucker, right?”

His gray eyes narrowed, flashing with dangerous light that concealed his increased interest in me. “I didn’t expect you to have such a foul mouth and horrible manners.” His voice was rich and stern; he was used to everyone obeying him. “That’s exactly my question to you, girl. What did you do to end up here? And who are you?” 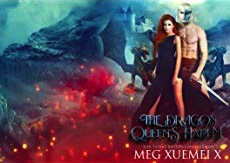 She’s visited the universe of The Empress of Mysth, The First Witch, Shifter’s One True Mate, and Dark Chemistry. Next she’ll boldly go to the badland of The Wickedest Witch. At this moment, in her southern California abode, she’s packing as many forbidden weapons as she can carry. Her favorite one is a magical whip.

She is always happy to hear from readers and welcome new friends on Facebook.