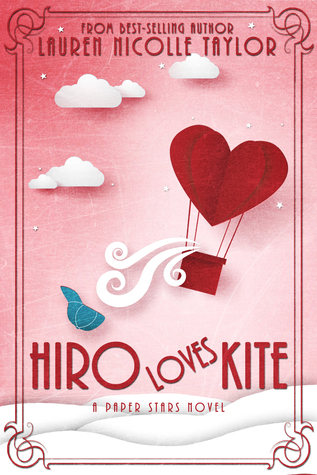 We offer our wounds and scars. Understanding that’s part of what makes us beautiful.

Nora finally has her beloved sister Frankie back but that’s just the beginning of their struggles. She must now become Kite. A stronger, more independent version of herself. A King. A guardian.

And Kettle has Kite’s heart. She gives it freely. But as he holds it, dear and close like a lost treasure, something holds him back: A feeling that he doesn’t deserve good things. A looming shadow that threatens to separate them. Kettle must accept that he is also Hiro: A Japanese American with every right to happiness and freedom.

Because Hiro loves Kite. And Kite won’t wait forever for him to tell her.

But they’re standing on icy ground. As the leverage they had on Kite’s abusive father wavers and life on the street affects Frankie’s health, the challenges threaten to break their bond.

Snow is gathering at the station doors and doubts are piling high. They must rely on each other. Believe in the magic that got them this far. If they don’t, it’s not just their future in jeopardy but the fates of all the street kids in their care. All the Kings.

Paying for a hot dog in pennies and dimes is embarrassing. Being two pennies short and having the hot dog stand guy take pity on us was completely humiliating. We’re skinny. I just hope the Kings haven’t eaten everything we had stored away.

Without Kin and Keeps, there’s been a little more to go around. My shoulders sag. Now there are more mouths to feed. My fingers scrape the insides of my pockets, searching for a coin that maybe got snagged in the seams. If I turn them inside out, I really will look like a street urchin. I’m the pirate who opens the treasure chest, finds he’s been beat, and opens it again just to rub it in. I snort.

We wait for a large crowd to head for the subway and melt in. Frankie’s eyes are as wide as a sliced moon as we weave and duck. Eyes on each other, hands gripped tightly.

Kite pushes Frankie’s head under the turnstile as I pay with our last coin. She presses her back into me. The smell of faint perfume, the last of her old life, and salt, the new, coming from her hair. As I reach around her to push the stile, a two for one, her breath catches. I let my hand rest on her waist for a second. Let myself imagine we’re a couple on our way home from a shopping trip, and then it falls like so many un-granted wishes into a fountain.

Leaning close to her ear so she can hear me, I hold my breath, thinking inhaling any more of her sweetness may actually kill me. “Ready?”

She nods. Her cheek brushing my lips.

We take our route to the secret door. To the home we now share like kids playing house, only far too real.

Frankie, to her credit, rolls with the punches. Punch one: Hot dogs instead of roast beef and gravy for dinner. Punch Two: Cheating our way through the subway. Punch Three… I knock on the King’s door, and Krow answers. He looks us up and down, slick and distrustful for a moment, then breaks into a grin. “Kettle! Kite!” he shouts. “Kettle and Kite are home.” He stares at my hands. When he sees there’s no food—only a suitcase—he quickly looks away. But there’s no hiding his disappointment.

Frankie squeezes her way through the doorway into the vast, abandoned subway tunnel. My home. My refuge. And now hers. Blinking, she stands on her tiptoes. Lip in teeth. “Holy hell!” she shouts, and several Kings look her way.

We step inside, and Frankie swings her head from side to side. “I mean tank you, holy hell.”

We both chuckle, eyes connecting over the top of her head.

Punch three: “This is where we’re going to be staying for a while,” Kite’s voice chases after a galloping Frankie as she jumps from bed to bed. She is the spokes of a traveling star. She is the light you can’t catch.

Frankie doesn’t hear her, and Kite runs to catch her sister. I drag the case inside, plonk it on Kin’s bed. Now Kite’s to share with her sister.

Finally, Frankie stops running and presses a palm to her chest as she wheezes. Kite rushes to her, and she puts both hands on her sister’s shoulders. “Are you okay?”

Punch four is for me, and I feel it sock me right in the guts. As I watch them, I know. Like really know that I would do anything to help them. They are instantly and permanently part of this family. And it scares me. 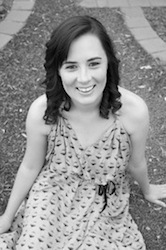 Lauren is the bestselling author of THE WOODLANDS SERIES and the award-winning YA novel NORA & KETTLE (Gold medal Winner for Multicultural fiction, Independent Publishers Book Awards 2017).

She has a Health Science degree and an honors degree in Obstetrics and Gynecology. A full time writer, hapa and artist, Lauren lives in the tucked away, Adelaide hills with her husband and three children.