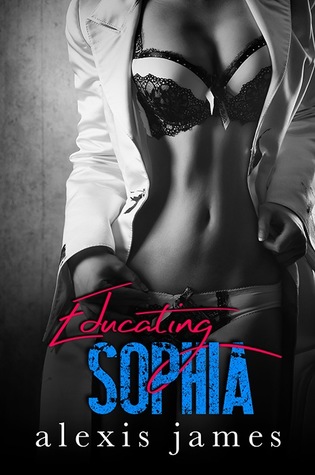 I’m not a stalker.

College has given Sophia Moran the independence she craves. She has her own apartment, makes her own choices, and generally lives by her own set of rules.

She also has a very, very big secret.

Sophia sees a kindred spirit in Caleb, but convincing him to give them a chance is more difficult than she realizes. Beneath his gruff exterior, is a warm, passionate man who sees only the best in her; a man she could easily love. A man, she believes, could be her forever.

This is the final book in the 5-part Moran Family series.

I’m not a stalker.

Peering around buildings, hiding behind trees, hoping I’ll catch a glimpse of him as he walks to his car or to the faculty building … it’s so out of character for me, but that certainly hasn’t stopped me from watching him—daily, I might add—for the entire school year.

I drop my backpack onto the grass and plop down next to it, putting in my earbuds. Music is a good distraction from the voices in my head reminding me that I need to be studying for a midterm. Those same voices also call me a stalker and tell me how out of control I’ve become.

It was not my intention to fall headlong into Stalkersville. Truth be told, there was nothing intentional at all. It was as if some unknown entity, an act of Mother Nature perhaps, steered me in his direction—something like lightning, thunder, possibly even an earthquake that swept me off my feet.

I fell hard. Painfully, all-in, no turning back.

Grimacing at my incredible idiocy, I dig around in my backpack for my notebook and a pen, watching out of the corner of my eye just in case he should decide to leave early today. How sick am I that I know his schedule, his patterns, his movements? I should. I’ve followed him long enough to know a whole lot of things: I know he carries a worn, leather briefcase—the same dark brown as the shoes he wears more often than the black ones; I know he prefers his herringbone jacket over the solid one he wears once in a while.

I know he rarely smiles. And when he does, it looks pained … and forced.

I know he drives a fancy, expensive car in a slate gray color that matches some of the streaks running through his wavy hair. I know he prefers to nod instead of speak and that he moves swiftly, eyes straight forward as if he can part the sea of students with his only his gaze.

I know that his eyes are sometimes green, sometimes blue, and sometimes gray, depending on what he’s wearing—and his mood. I know I could get lost in them, if given the chance.

I know he used live in California and that he moved here the beginning of the school year. I know that you can find out a lot of personal information on the internet. I know I prefer him with a bit of scruff on his regal chin, but the beard he’s been growing for a few weeks looks sexy as hell too. I know I’ve never liked men with beards. Until he came along.

The air around me crackles with awareness and right on cue, the building door is shoved open. He walks out onto the stone steps, squinting at the bright afternoon sunshine, briefcase in his right hand and his phone in the left, pressed to his ear. His harsh scowl tells its own story; he’s pissed, irritated and impatient with the person on the other end of the line.

I know he’s like that most of the time.

With one more curt word that I cannot hear, he shoves the phone into his jacket pocket and begins to move with purpose, striding right past me without any acknowledgement. Not that I expect it. He never sees me, not like I want him to. He doesn’t even know I exist. I’m simply one of many nameless faces at this school where I’m a student and he’s a teacher.

What a cliché, I muse as my eyes follow him until he disappears from sight. It’s not like I haven’t tried to stop, I have. Many, many, many times. But then he passes me in the hall, and he might nod or just lock eyes with me for a brief second or two, and when that happens I’m convinced there’s something more going on between us. Sure, maybe I’m the only one who feels it, but it’s there nonetheless.

Or at least that’s what I tell myself.

Alexis James lives on the beautiful Central California coast. When she’s not spending time with her hubby of almost 30 years or her amazing kids, you can find her tapping away on the computer. She loves reading, spending time with family, reading, camping, reading….and writing too! She enjoys a good date night, an inexpensive glass of wine, and any story that can make her smile and/or cry.

Alexis’s first novel, “Losing Faith”, was released in September 2014. Her second novel, “Loving Emma”, is a standalone, though it does feature some characters from “Losing Faith”.