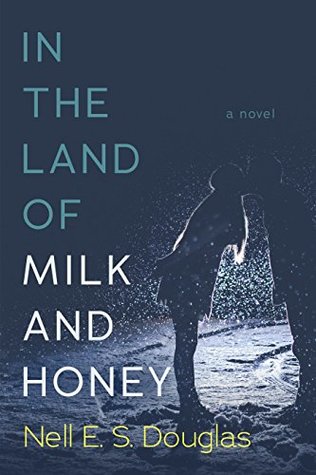 When Gabrielle “Bree” Valentine awoke in a hospital bed with a newborn baby, she centered herself and rebuilt. Bree didn’t think about her mental breakdown, lost memories, or the features of a stranger emerging daily in the face of the son she is raising alone. Five years later, on a weekend in the Hamptons, a chance encounter with a man unlike any other jars her—bone deep. Daniel Hawthorne Baird II, wealthy, dangerous, British aristocrat, gravitates to Bree like caviar on crostini. In his relentless obsession with Bree, their lives entwine despite Bree’s resistance. With the unconditional support of friends she calls ‘family’, Bree confronts the most difficult questions of her life. Unearthing the painful mysteries behind who fathered her child, who the real Daniel Baird is, and the irrepressible desire driving her towards a man destined to be the end of them both.

On sale for 99¢ for a limited time only!

“Daniel!” she called out, waving her hand in the air, flagging someone down. Within seconds, there stood Mr. V-neck himself—Danny—flanked by two other dark-haired men. He was dressed more casually than the other men, who wore full suits and ties. He looked like he hadn’t gotten much sleep, and I noticed for the first time his hair color was a rich, beer bottle brown.

I smiled warmly in greeting, but his face was stony and he turned away. I guess Danny and I weren’t friends when others were around.

“Join me, gentlemen,” blonde bob implored. She was English too and clearly knew how to play her role here. I realized then she was the other half of the V-neck Crew from the lobby—Danny’s other half. As she waved her hand, I also noticed the giant sparkling canary yellow diamond on her hand.

Danny’s nod was a directive; the two men filled the chairs between us as he sat at the end, the blonde at his side. As the men took to discussing financials, I picked up they were all English. I was not impressed when they placed special orders to the kitchen, apparently too good to plate their own food or eat what the rest of us did.

“Bree!” I heard and turned at the sound of charging footsteps. I spun just in time to see little Amy barrel into my chair, giggling. Everyone had turned towards the disruption, eyeing her disapprovingly. Well, except Danny, whose eyes were closed and his brows were knitted together as if he’d just been poked with a needle. She wedged herself between the snobby suit guy, bumping his elbow, and fired away.

“Did you know my mom wears a wig sometimes?” she announced, panting heavily from her run. I laughed inappropriately loud before covering my mouth. She took that as encouragement.

“And sometimes, at night, I hear her in her bedroom shaving her legs all by herself. Buzzz, buzzz, buzzz, allll night. That’s what it sounds like. Yep,” she mimed while nodding, smiling brightly. I was wide-eyed as I surveyed the table. The blonde was aghast, as was the suit directly opposite her, but the guy to my side was laughing and Danny observed her as though she were a curiosity.

“Little one, I don’t know if I’d share that with anyone else today, okay?” I suggested amusedly as a pulled a stray hair from her face.

“Let’s keep it our little secret, anyway,” I whispered. “Cool,” she whispered back, liking the idea of a secret.

“Amy, I’d like you to give your mother my card. Tell her it’s in case she needs any help shaving tonight,” he said smugly, flicking out his hand. She snatched the card. I hoped he was kidding when I saw the wedding band on his finger.

“Okay! You two can come play with me now if you want!” she exclaimed to myself and Suit One, bouncing on her heels. I wondered if her mother had fed her bars of chocolate to placate her. Or possibly uppers.

Her eyes bounced back and forth from the suited man and me expectantly, he raised an eyebrow that said ‘how preposterous’, and I took a cue; even his eyebrow seemed to have a snooty English accent.

“Amy, I think the nice man has business to do, but maybe I’ll come and play later.”

“I’ll be on the hill.” She pointed beyond the pool down to the sloping grassy hills beyond and then she bolted for it. I snickered, observing her stumble once, her legs not fast enough for her body.

I checked my watch, wondering where August could be. As I did, the overcast sky parted for just a brief moment, a few beams of sunlight rebelliously breaking through the gray and lavender clouds, the rays falling like tiny radiant spotlights and in the corner of my eye, I caught a glimmer of cognac—just like a spark—and an errant thought raced through my mind, too quickly to catch.

I felt suddenly tense, like I needed some air; air somewhere else. I rose from the stuffy table and smoothed out my shirt, and by the time I looked up, Danny had risen from his chair; the other men abruptly followed suit. I was puzzled by the gesture but I snapped out of my daze, my inner tension returning, when the blonde grabbed his forearm and gave him a look like he’d just stood for the maid.

I turned, heading for the hill where Amy played and stood watching from the edge of the patio, trying to clear my head. Several children were chasing each other and I smiled, thinking of my son, but somehow I still felt…troubled.

Nell E. S. Douglas has possessed a deep, abiding love for written words since childhood. The transition from reader, to writer, was a natural one. Her first stories, penned on the lined pages of class notebooks, were inspired by her mother’s poetry and epic tales of travel, and a professorial inquisitiveness inherited from her father. Following college in Florida, Nell exited the world of pure imagination, and entered the one of business, successfully establishing a career in sales, and developing a cup-a-day habit (of coffee). Today, Nell writes everything from story ideas to essays during the spaces in-between domestic goddessing, and contributing as a managing partner to a thriving small business. Nell resides in Florida, with her husband and their children, passing on the traditions of her mother, and sinking her feet in the sand whenever possible.

Her favorite books are Pride and Prejudice, and To Kill a Mockingbird. Her favorite movies are Gladiator, anything by Scorcese, The Time Traveller’s Wife, and Bridesmaids.