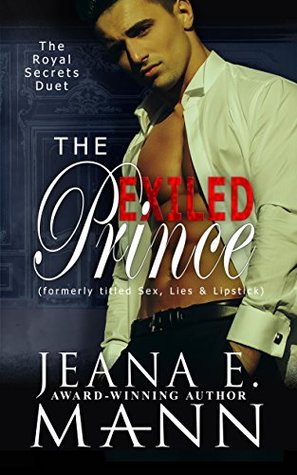 Rourke: As a celebrity personal assistant, I pride myself on professionalism. When a mysterious stranger offers to show me the wonders of a clandestine sex club at the masked ball, I jump at the chance. Because no one will know me, right? One night. No names. No faces. It should have ended there. I had no idea that the handsome, enigmatic man would turn out to be my new employer.

Roman: After the masquerade, I searched for the girl who’d crashed my party, only to find her in my office a few months later. I can’t fire her because she’s the best assistant I’ve ever had, but I can’t stop wanting her in my bed either.

If you like tension, angst, and a good dose of sexy, then this book is for you.

***This book was formerly released as Sex, Lies, & Lipstick in the Bad Boy Billionaire Bachelors Boxset and can be read as a standalone.

“Excuse me, may I cut in?” A smooth, deep voice sliced into our conversation. From his accent, he was American, a New Yorker or somewhere on the east coast.

Nicky and I both turned to face the stranger. A black leather mask prevented me from going further than the curve of full, pouting lips. My gaze traveled from the onyx buttons of his charcoal vest down the perfect crease of his dark gray trousers to the shiny, pointed toes of his black shoes. Unlike the other formally attired guests, the tail of his silver bow tie dangled from the breast pocket of his jacket. The lack of formality seemed out of place and rebellious in a room overflowing with perfection.

“We were having a conversation,” Nicky said, his tone acidic. The change in his demeanor caught me by surprise. I glanced from him to the stranger. A palpable air of animosity pulsed between them.

“Watch your manners, Nicky.” The stranger’s light rebuke reminded me of a parent scolding a rebellious child. “Please forgive him. He’s been running with the wolves for too long.”

“At least I’m still running.” There was no mistaking the competitive edge in his words.

My gaze bounced between the two men. Whatever their relationship, it was complicated and intriguing.

“Not here. Not now. Not in front of our lovely companion.” While he spoke, his dark eyes locked onto mine. He took my hand in his long, graceful fingers, his smooth palm gliding against mine, and lifted my knuckles to his mouth. My heart stopped at the brush of his soft lips on my skin. In the background, the introduction to a tango began. “Dance with me.”

Three words sent my pulse into overdrive. “The tango used to be my favorite, but I haven’t done it in years.” I panicked at the thought of the intricate moves.

“Don’t worry. I’ll take care of everything.” After another kiss to my knuckles, he led me to the center of the dance floor. The guests parted, making way for us, their eyes heavy on my back. I couldn’t blame their stares. This man exuded confidence, elegance, and power. He placed my left hand on his waist and took the right in his palm. Shying away from his gaze, I stared at his throat. The top two buttons of his crisp white shirt gaped open, revealing a triangle of smooth, tanned skin dusted with black hair. He squeezed my hand, demanding my attention. “Eyes to mine. Don’t look at your feet. Follow my lead.”

Behind the mask, his eyes were dark, almost black. Anxiety closed my throat. This would either be an amazing experience or extremely embarrassing. Probably the latter. The music swelled, and we began. Within a few steps, I captured his rhythm. He was strong and forceful, moving me into each position, twirling me out then snapping me back against his chest. I gasped at the press of my breasts against hard muscles.

“Very nice,” he said. A neatly trimmed beard and moustache couldn’t obscure a square jaw, reminding me of a jaunty pirate.

“Thank you.” The warmth of his approval spread through my chest.

“I’m going to have to step up my game.” His eyes glittered with challenge.

“Yes. You are.” They were bold words for a girl who hadn’t danced the tango in six years, but I didn’t care. I liked the feel of his body against mine and the strength in his arms. More than anything, I enjoyed the way his overpowering maleness made me feel feminine and dainty.

“Be careful what you ask for.” His arms tightened around me. I slid slowly down his torso and pressed my breasts into the hard lines of his body. When my eyes reached the level of his narrow hips, he yanked me to my feet. The crowd gasped.

“You surprise me,” he said.

“You aren’t the only one with secrets, sir.” The hem of my skirt swirled around my ankles. The slit opened to flash a stretch of my leg and the white garter belt around my thigh. I felt his gaze go there. It returned to mine, flashing with desire.

“So, I see.” By the humor in his tone, my answer pleased him. Or maybe it was the garter. There was no more time for conversation as the intensity of the music continued to escalate.

This was more than a dance. It was a test. A game of dominance and submission underscored by sexual tension. I stiffened my arms and pulled away. The words of my dance instructor floated through my subconscious. Be angry. Let the audience see the struggle. He snapped my body to his and stroked a leisurely hand from my armpit to my hip. Goosebumps peppered my skin. I spun away, only to be returned by a tug of his arm. We continued our war of wills around the room.

The music ended, and the crowd erupted into applause. I’d been so engrossed in our power play that I’d failed to notice the onlookers, or that all the other participants had moved to the sidelines. We were the only couple on the dance floor. Under normal circumstances, this kind of attention would have made my stomach queasy, but beside him, it seemed natural.

Adrenalin buzzed through my head, more intoxicating than the liquor. He eased me to my feet. Once I’d steadied myself, he released my hand and bowed. “Thank you for the dance.” Before I could respond, he melted into the crowd. I watched his broad shoulders disappear. A curious sense of regret tempered my euphoria. That was it? One amazing dance, and he left? 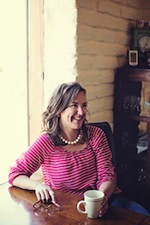 Jeana Mann is the award winning author of steamy adult contemporary romance. She’s done lots of interesting things in her life, most of which will remain locked in the vault, but serve as inspiration for her stories. She lives to write with an occasional break to hike through the woods with her dogs. Jeana is an active member of the Crossroads Romance Writers and Indiana Romance Writers chapters of Romance Writers of America.

Connect with Jeana on her website http://jeanaemann.net. To receive text alerts for new releases and special offers, text the word Jeana to 21000.