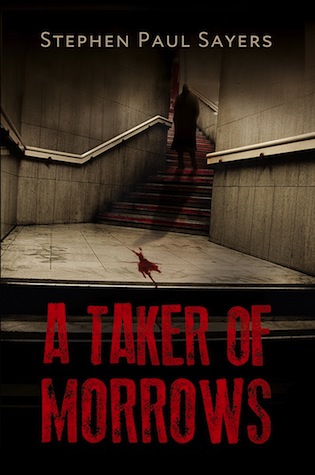 RG Granville has his whole life in front of him…but only twenty-four hours to live it.

Beyond life’s boundaries, an enduring battle between good and evil determines the fate of earthly souls. Here, ‘caretakers’ guard and protect against the evil and vengeful ‘jumpers’ who slip back and forth between worlds to prey upon the living.

For one man, news of his impending demise sets off a deadly chain of events fueled by a jumper’s burning vengeance. Now he’s in a race against time to stop an unrelenting evil unleashed upon the earth. And if he’s to protect his family, and the world, he must breach the tenuous boundary between life and death to confront a killer—and a shocking secret from his long-buried past.

“Hello, Robert.” The stranger advanced toward him. “You’re late.”

RG steadied himself against the entryway table as his heart lurched in his chest, the air thickening like a smothering rag over his face. With gradual boldness, he slid his arm against the wall and triggered the light switch. “What the hell—?”

“I feared we’d missed each other,” the man interrupted. “That would have been a shame. You see, we have a problem to discuss.” His face hardened as he stepped forward, shoes clicking on the hardwood floor.

RG’s pulse quickened. “Who are you?”

“I wish I didn’t have to be here, Robert.” The stranger unfolded his hands from behind his back and stepped forward, “but I have a job to do.”

As the man advanced, RG backpedaled, snatching the old-school, wooden baseball bat stashed behind the coat rack. He never imagined grabbing the lumber for anything other than Tuesday night softball, but now found himself flapping it back and forth in a hardwood batter’s box.

The man took another step. “Death has come for you,” he said, shaking his head, “and no Louisville Slugger will stop it.” 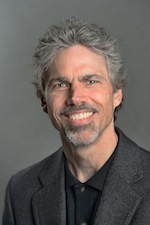 Stephen Paul Sayers grew up on the sands of Cape Cod and spent his first thirty-five years in New England before joining the University of Missouri as a research professor. When he’s not in his laboratory, he spends his time writing and devouring his favorite forms of genre fiction—horror, suspense, and thrillers. His short fiction has appeared in Unfading Daydream. A Taker of Morrows is his debut novel and the first in the planned Caretakers series.

Throughout his journey, he has accumulated five guitars, four herniated discs, three academic degrees, two dogs, and one wife, son, and daughter. He divides his time between Columbia, Missouri and Cape Cod writing and teaching.