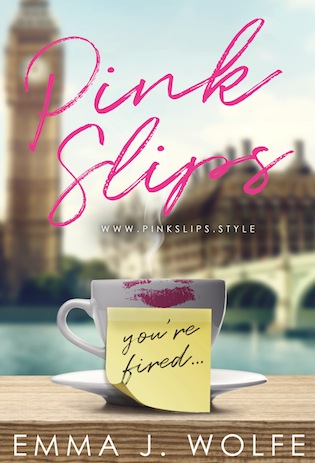 Happily married and the head of a prestigious ad agency’s venture capital division, Hope Hunter has it all. Then, disaster strikes as an attack on her reputation ends her marriage and puts her career in jeopardy.

Hurting and still recovering from a whirlwind affair with a man who reveals an unforgivable secret, Hope flees Chicago for London, England. There, she tries to pull herself together and decide what, if anything, of her old life is worth fighting for.

They say you can’t have it all, and the events of the last few months seem to be trying to prove that. Hope’s not ready to give up, however. After all, where is it written that a woman must choose between passionate love and an exciting career?

A story about beating the odds, Pink Slips is the first installment in Emma J. Wolfe’s Hope Hunter Chronicles.

The next morning, she awoke with an odd feeling of vigor and excitement. Somehow the turn of events made her happy. How that could be, she was not sure, but she felt inspired—hopeful—in a way she had not for so long. Finally, she would be free of David; he would no longer abuse her emotionally. Her future was ahead of her. Her marriage was over…but so was a caging relationship that kept her from real happiness. Being alone would be better than being with him. She was about to launch one of the most successful new companies focused on the new condition of a contemporary woman. She would bring a voice to so many. She would channel her pain into helping others—and maybe even herself. And now, thankfully, David had cheated, and so she didn’t have to. She could escape and be free—free to live and to love.

She wore her favorite blue Armani suit that day with beautiful nude pumps and a matching Valentino handbag. She piled on as much eye serum as she could to hide the evidence of the tears and shame from the night before. She wasn’t sure if she should go home first or not, but she decided not was a better answer. She threw all her things in the trunk of her car, unsure where she would spend the night but certain today would bring something new and better. I have my courage and conviction. I have me, Hope, she thought. No pun intended.

Today, she thought, would change everything. 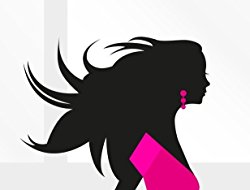 Emma J. Wolfe is a technology entrepreneur and attorney. She is currently working on the second installment of the Hope Hunter Chronicles, Southern Life.