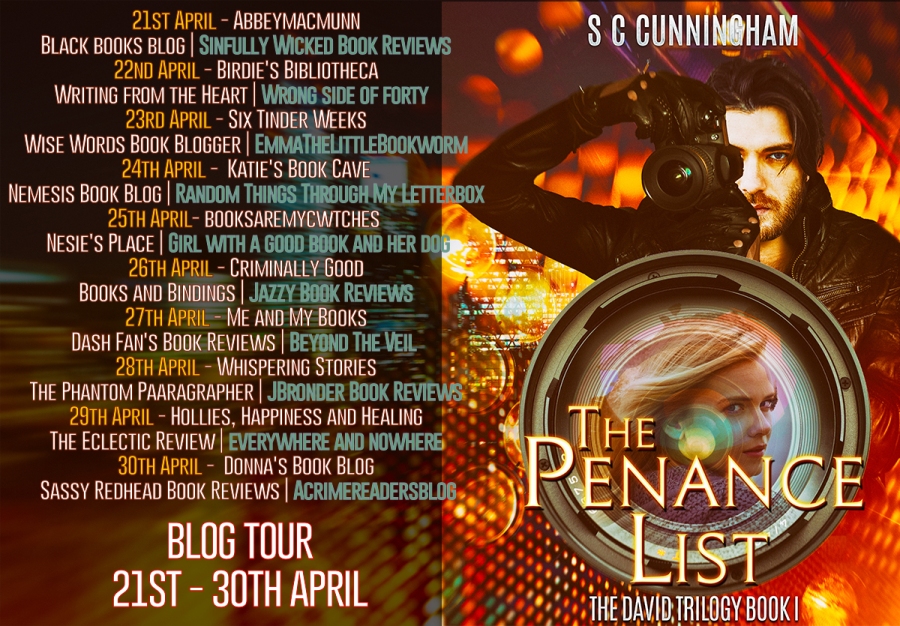 The Penance List by SC Cunningham starts out with a scene to make your toes curl.    I was hooked from the beginning, but rather disappointed shortly afterward.  Cunningham writes a great hook, and I couldn’t wait to dive into this book. However, I was somewhat disappointed in how long it took for SOMETHING to start happening.

This book quickly turned into a character study, where the reader is treated to the minutiae of daily life of 3 women interspersed with the flashbacks of the ‘villain’.  The story maintains a level of compulsion that is surprising.  I was drawn back to the story again and again, even when I was tired of the minor details; I wanted to see how David was worked into the scene.   I wanted to know what the connections were and just why we were being shown this particular character and point of view at this time.

The fact that all these characters are broken somehow just adds to the level of mystery.  You know who the villain is, but his reasons for doing what he does are the mystery and the thrill.    Cunningham slowly doles out connections, giving the reader the time to form their own conclusions and theories before she reveals the answer.  I want to say this book is slow, but it’s slow in a way that is palatable.  Once things start happening, though, they seem to build up steam rather quickly.  Even through the slow parts, though, Cunningham makes sure that there is a reason to keep reading.

I really enjoyed this book.  It was a decent length and the character building is phenomenal.  I look forward to reading the next in the series!

This one comes with a warning – a steamy suspense-ridden psychological thriller – think Silence of the Lambs meets 50 Shades and hold on tight! S C Cunningham writes with a skilled mix of fuelled tension, dark humour and pulsating sex scenes. Grab a glass of wine, close the bedroom door and read alone!

What happens when opposites attract – when a scorned childhood sweetheart grows into a gorgeous sexual tour de force – when a fun loving career girl, her racy girlfriends and insatiable lovers get caught in his revenge – when sex becomes a weapon, hearts become bait and straight tastes gay – when hi-flying careers, clandestine affairs and wannabe starlets are hunted by celebrity hungry press? Obsession, kidnap, murder… and he’s just getting started! 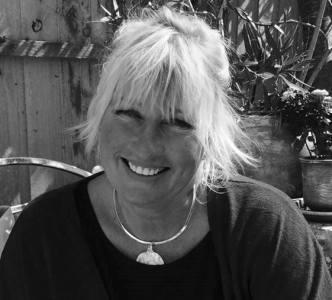 An ex-model, British born of Irish roots, she married a rock musician and has worked in the exciting worlds of music, film, sports celebrity management and as a Crime Investigator for the British Police (Wanted & Absconder Unit, Major Crime Team, Intelligence Analyst, Investigations Hub).

Abducted as a child, she survived; and every night for months afterward, she prayed to God, asking for a deal. This personal journey sparked the fuse behind the intriguing and riveting fictional world she portrays in The Fallen Angel Series. Twenty years later she crossed paths with a violent serial attacker who haunted the streets of London, the seed for The David Trilogy was sown, book one is The Penance List, and has been adapted to film screenplay.

She is the proud mother to contemporary Artist Scarlett Raven and is owned by three dogs.

Giveaway – Win 1 x Signed Copy of The Penance List (Open Internationally)
*Terms and Conditions –Worldwide entries welcome.  Please enter using the Rafflecopter box below.  The winner will be selected at random via Rafflecopter from all valid entries and will be notified by Twitter and/or email. If no response is received within 7 days then I reserve the right to select an alternative winner. Open to all entrants aged 18 or over.  Any personal data given as part of the competition entry is used for this purpose only and will not be shared with third parties, with the exception of the winners’ information. This will passed to the giveaway organiser and used only for fulfilment of the prize, after which time I will delete the data.  I am not responsible for despatch or delivery of the prize.