The cast of Same Face, Different Place is back in Visions by Helen J Christmas.  Once again, Christmas has a way of writing that draws you in.  There is a LOT of background information in this book, which is generally uninteresting to me, but I found myself compelled to keep reading and find out just what is happening.  I like background as needed, but the entire first part of the book feels like a massive info dump.  Eventually, though, you get into the meat of the thing, and it flows along more quickly.  With Eleanor’s past getting caught up in the future of a local family.

Word of warning, though…there is the rape of a boy by an adult in this.  It isn’t super graphic, but it is there.  Christmas kind of glosses over his emotional recovery, which makes me sad, as everything else in the book is described in detail, but his emotional recovery just gets a passing sentence or two.   Eleanor and her son are once more embroiled in drama, but building on top of her own past drama, we have a new issue with the same old bad guys.  It’s interesting how Christmas has worked all of them, including Dominick, into this new story.

The naivete of the characters in this one is frustrating.  I feel like the city slicker swindling the country bumpkins might be a bit overplayed.  The characters repeatedly divulge information to shady bad guys, opening themselves up to further assault and harassment.  A little suspicion and common sense would go so far toward eliminating this.

Through everything, though, the characters are growing and developing.  New bad guys are emerging and Christmas sets things up nicely for the continuation of the series.  The politics and emotional ties get more and more convoluted as this series continues. 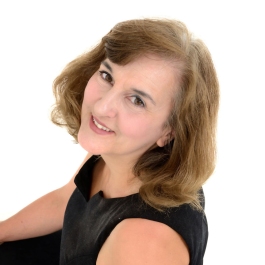 Helen J. Christmas lives on the south coast with her husband. With a love of writing since childhood, she started her decade spanning thriller series ‘Same Face Different Place’ in 2011 and published her debut novel, ‘Beginnings’ in 2012. Visions was the second book of the series and published in 2013; a suspense novel which explores British culture and social history in the 80s as well as the most evil traits people are capable of. The 16th Century cottage in which Helen lives with her husband (restored in 1991) provided endless inspiration for Visions, along with some very special places in Sussex that she loves. Writing is something she fits around her family and social life. Helen is a self employed web designer and works from home with her husband, Peter. They enjoy the company of a faithful border collie and a beautiful white cat, though Helen confesses to have dreamed up many of her storylines, whilst walking Barney around the nearby beach and park.

Win a signed copy of Visions (UK Only)

*Terms and Conditions –UK entries only welcome.  Please enter using the Rafflecopter box below.  The winner will be selected at random via Rafflecopter from all valid entries and will be notified by Twitter and/or email. If no response is received within 7 days then I reserve the right to select an alternative winner. Open to all entrants aged 18 or over.  Any personal data given as part of the competition entry is used for this purpose only and will not be shared with third parties, with the exception of the winners’ information. This will passed to the giveaway organiser and used only for fulfilment of the prize, after which time I will delete the data.  I am not responsible for despatch or delivery of the prize.