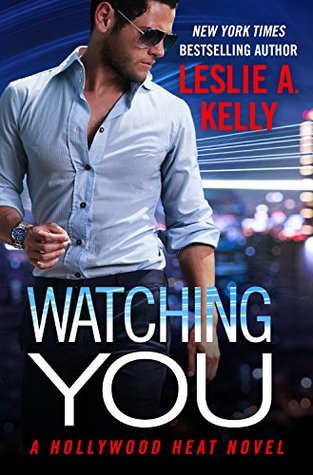 In the first book of a thrilling new romantic suspense trilogy, USA Today bestselling author Leslie A. Kelly shows just how hot – and how dangerous – Hollywood can be.

In the shadows, someone is always watching

Reece wants Jessica the moment he sees her, and he’s a man who always gets what he wants. At first he was only after a night in her bed, but as he comes to know the smart, confident woman beneath the stunning exterior, he realizes once will never be enough.

Unfortunately, Jessica’s real-life Cinderella story is about to take a deadly turn…

Reece’s world is filled with fierce ambition and dark family secrets the Winchesters desperately want to hide. But he and his brothers aren’t the only ones who know those secrets. Someone else is out there, waiting to strike. Waiting-and always watching.

When danger finally steps out of the shadows, Reece will have to face his past. And Jessica will have to decide just how far she can trust the man she loves with her heart…and her life.

Please do not reproduce without permission from the author.

Jess was so lost in thought about Reece the superstar she forgot the man was in the room, and that she’d imagined he was staring at her. Which was perhaps why she nearly dropped her glass when she felt a tall, solid form move behind her and heard a man say, “Interesting.”

Smooth voice. Deep, silky. A voice she recognized. She’d heard it on the big screen and the small one, since she had copies of every movie he’d starred in—seven from his childhood years, eight from his adult ones. Was he really talking to her?

“Yes, it is,” she murmured, all calm and collected, like she was not shaking in her consignment store shoes.

“Possibly one of the artist’s earlier efforts.”

Hmm. How had he known? “Yes,” Miss Conversational Genius repeated.

The hint of confidence in the tone told her he knew the answer. Had any woman ever told him to go away because he was bothering her? Huh. Doubtful. “Not at all.”

“What we’re doing? I think it’s a conversation.” Jess didn’t know where the snarky response came from, or where she’d gotten the nerve to be all quippy with the guy, but there you go. That was her, always a mouth-off away from catastrophe.

“I meant the sculpture,” he said. No laugh. No humor. Crap.

Realizing they were actually going to have a conversation, and knowing it might require face-to-face interaction, she wondered if she was ready for it. Hesitating, she licked her lips and replied, “It’s called Naked Man.”

Knowing it was rude not to face him, she took a deep breath and glanced over her shoulder. Lord have mercy.

Deep breaths might be calming in normal situations—like when one was confronted by a repo man repossessing a car. Been there, done that. But they didn’t work at all when looking into the clear amber eyes of a man every woman on the planet fantasized about. His looks made you silently gawk while you tried to figure out why the arrangement of cheek and jaw, mouth and eyes, was so arresting and unforgettable. She interacted with scruffy, shaggy-haired surf-bum types in the bar where she worked, so she’d almost forgotten how appealing a conservative haircut and a smoothly shaven face could be. Not to mention the sexiness of a perfectly tailored power suit, the charcoal color interrupted only by a splash of red in the necktie.

She finally cleared her throat and pushed a few words out. “It is from very early in the artist’s career. How did you know?”

“She draped the sex organs, as if she wasn’t quite ready to go there.”

Jess nodded, wondering if she was truly talking about men’s packages with the sexiest freaking man alive. Was this really happening, or was she hallucinating? Had that stupid bartender slipped GHB in her drink? Damn, if she woke up tomorrow with no memory of what happened, and then found videos of herself on YouTube, she would rip him a new one. 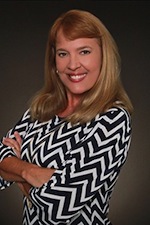 Leslie A. Kelly is a New York Times bestselling author who has written more than fifty books in various genres. She currently writes contemporary romances under the name Leslie Kelly, and dark thrillers as Leslie A. Kelly.

She is the author of the futuristic Veronica Sloan thriller series, and of the dark romantic suspense Black CATs series.