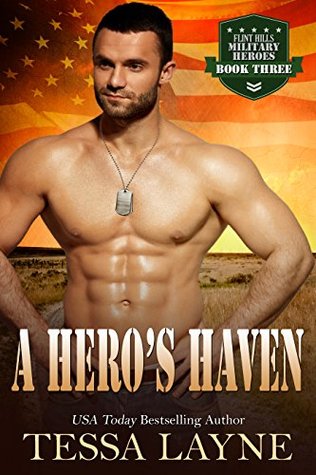 Former Navy SEAL Cash Aiken assumed he could leave behind the trauma of war and settle into life as a bodyguard. Why not? He was big, smart, and nothing ever got past his eagle eye. But a split second of inattention nearly cost the life of his asset, and cost him his job. When his old buddy Travis Kincaid invites him to come work at Resolution Ranch, an organization helping wounded vets, he clings to the lifeline and hopes it’s a chance to start over. But Cash is stunned to discover that the beautiful woman he nearly let die is hiding out at the ranch, masquerading as a stable hand.

Country Music’s Superdiva, Kaycee Starr, is done with the music biz. After a terrifying encounter with a crazed fan, she goes underground and answers a help-wanted ad in a place the paparazzi would never think to look. Prairie, Kansas. While she finds solace and healing among the horses, handsome ranch hand Cash Aiken lights her up in ways she only wrote about in songs. He’s the only person she’s met who seems to ‘get’ her.

Cash and Kaycee fall hard and fast for each other, but when their secrets are exposed, will they have the courage to trust each other? And more importantly, themselves?

The barn door stood partially open and Cash parted it the rest of the way, stepping into the dim warmth. The sweet smell of dried clover and hay, laced with an undercurrent of oiled leather and the sharp tang of manure settled into his bones. He cherished the solace and security of the barn. He’d learned every nook and cranny the first week he’d moved to the ranch. And on really bad nights early on, working and sleeping in the barn had been his salvation. While he welcomed the addition of a desperately needed ranch hand, the thought of an interloper in his sanctuary unsettled him.

The scrape of a shovel against the floor drew his attention. Looping Samson’s lead around a post next to the tack room, he slipped down the aisle following the sound. He stopped short at the sight of a luscious heart-shaped ass bent in his direction. Of course, if the interloper looked like that…

Sensations Cash hadn’t felt in ages stuttered to life. Legs for days? Check. Curves? If her ass was any indication, check. He couldn’t care less about hair color, but the sight of the thick long brown braid peeking out from under a felt cowboy hat and hanging down the owner’s shoulders launched his imagination into overdrive. Visions of winding its length around his hand and tugging, exposing a column of creamy skin danced through his head. His pulse went to the races as he watched her fluidly shovel hay into a wheelbarrow. The woman was poetry in motion. She moved with an easy grace that belied the difficulty of the task at hand. He’d shoveled hay for hours. He knew how taxing it could be on the body. Was this Kate?

“DUCK!” Cash shouted as he launched himself through the air at the woman, pulling her down on top of him to break her fall, then quickly rolling them over to cover her body with his.

A muffled squeak came from beneath him.

“Quiet,” he murmured into her ear, heart pounding, brain racing through a thousand scenarios of what could be going on outside. Whatever was happening, he’d protect this woman with his life. He’d failed to protect people he loved in the past, he wouldn’t fail again.

Another muffled noise came from the body squirming beneath him, and his attention was suddenly drawn to soft curves and heady perfume. “Stay still,” he ordered roughly, bringing his focus back to his surroundings. He couldn’t focus on where the attackers were with her writhing beneath him. Not when his cock was notched perfectly between her legs. She stilled momentarily, only to renew her struggle with vigor. He strained, listening for the telltale signs of an attack, scuffles, shouts, more gunshots. But, nothing.

He lifted his head, cocking an ear in the direction of the initial noise. The woman took advantage, yanking his beard so hard tears sprang to his eyes. He swung his gaze back to the firecracker beneath him and the world tilted sideways, snatching his breath with heart-stopping ferocity.

This wasn’t Kate. Oh, no. This was his worst nightmare come back to life. He opened his mouth to speak, but nothing came out. Lying beneath him, green eyes flashing fire, was the last woman he ever expected to see face to face again, Kaycee Starr. 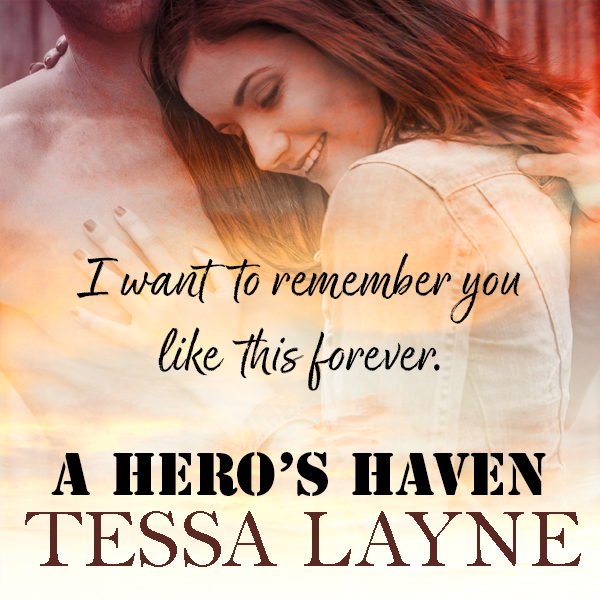 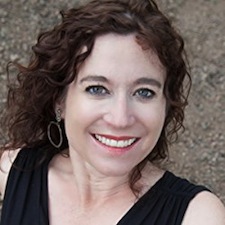 Thanks for stopping by! I write smokin’ hot contemporary cowboy and military romances filled with tenderhearted tough guys and sassy strong women who capture their hearts.

Please join my email list at tessalayne.com for exclusive updates, previews, and other offers. You can find me hanging out in my Facebook reader group The Prairie Posse.

A little about me- I grew up in Colorado in the mountains at the edge of the Great Plains. There, I met my own smokin’ hot Cowboy and we had a whirlwind romance to rival any novel. I believe in Happily Ever Afters, love fireflies, horses, and breathing clean country air. My favorite thing to do is to sit on the porch swing with a glass of Rose, listening to my Cowboy pluck his guitar!