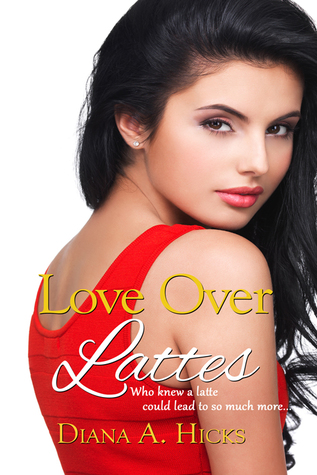 Single mom Valentina wants to provide a good life for her son, starting with the perfect home. When the deal on her dream house falls through, rather than move back in with her parents and disappoint them and her son once again, she accepts the help of the intimidating-as-hell stranger she’s admired from her coffee shop seat for the last six months. She’s afraid to fall for the wrong guy again, so she makes Cole promise to keep their relationship strictly professional.

Following his failed marriage, Cole can’t find a reason to care about anything or anyone. Saving his company from his ex-wife is the only thing that has kept him afloat for the past six months. As loneliness sets in and he begins to lose the fight over his company, Valentina becomes his lifeline. Cole wants to be more than her landlord, and he has a plan to get her to release him from his promise.

The path next to the pool ushered us by the grand staircase and down more steps toward a courtyard. Tucked in the corner was the cottage. I hugged my belly to keep myself from squealing or jumping up and down. It was perfect. And too good to be true.

“Why are you doing this?” I asked.

“I need to rent the place, and you need a place to stay. I’m doing it for the money.”

“Because you obviously need more of that.”

“Everyone needs more money. That’s what money does.” He dug his hand in his back pocket. In the stark sunlight, he might as well be shirtless. The thin material of his T-shirt didn’t do much to cover his muscled torso, and I got lost counting the ridges on his abs. “Go ahead and take a look.”

He showed me a key. A knowing smile appeared on his face for a split second. “What are you here to see?” Diana became an avid reader when she found her first romance novel tucked away in a corner of her high school library. The more books she read, the more she wanted to be a writer. Diana has a Master’s degree in information systems and accountancy and for many years worked for a major Fortune 100 telecommunications company as an IT project manager (As one does when pursuing a career as a romance author.) These days, when she’s not writing, Diana enjoys running half marathons, traveling, and indulging in the simple joys of life like wine and chocolate. She lives in Atlanta and loves spending time with her two children and husband.