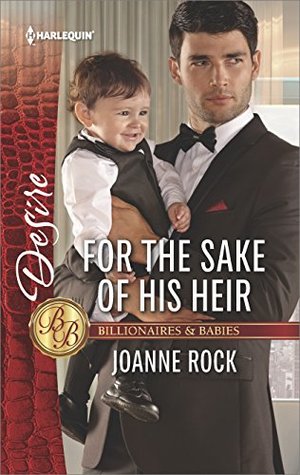 When a marriage of convenience is the only answer…things get inconvenient.

Gabe McNeill is done being manipulated. By everyone from his ex-wife who abandoned him and their baby to the grandfather forcing him to remarry. Now the only way Gabe can ensure his son’s inheritance is if Brianne Hanson agrees to be his bride. They’ve always kept things strictly business and this is no different…until she falls into his bed and all bets are off!

Brianne Hanson’s crush on her boss had died a swift and brutal death when he’d walked down the aisle with another woman. And she hadn’t even dreamed of resurrecting it after his extremely unhappy divorce. She would never want to be that rebound fling a man lived to regret.

But every now and then, the old spark came back to burn her. Like today.

She’d just taken a break from her work in the gardens of Gabe’s resort, the Birdsong Hotel, in Martinique. As a landscape designer, Brianne had worked on dozens of island properties before Gabe convinced her to take on the Birdsong as a full-time gig a year ago. It was a job she loved since she had carte blanche to design whatever she wanted on Gabe’s considerable budget. He was committed to the project and shared her basic aesthetic vision, so they got along just fine. All business, boundaries in place.

Today, however, was different. She’d stopped by his workshop in a converted shed to ask him about his plans for upgrading the entrance to one of the bungalows. The resort grounds were a never-ending labor of love for Gabe, a talented woodworker who spent his free time handcrafting ceiling panels and restoring custom cabinets.

And damn if she wasn’t caught by the pull of that old crush as she stood on the threshold of the workshop. The dust extractor hummed in the background, cleaning the air of particles kicked up by the table saw he’d just been using. Gabe was currently laboring over a curved piece of wood clamped down to another table, running a hand planer over the surface. This segment of wood—a molding destined for a curved archway in the lobby, she knew—was at least five feet long. Gabe shaved the length of it with the shallow blade, drawing the scraper toward him again and again while wood bits went flying.

Intent on his work, Brianne’s six-foot-plus boss stared down at the mahogany piece through his safety goggles, giving her time to enjoy the view of male muscle in motion. He was handsome enough any day of the week, as his dark hair and ocean-blue eyes were traits he shared with his equally attractive older brothers. The McNeill men had caused plenty of female heads to turn throughout Martinique and beyond, since their wealth and business interests extended to New York and Silicon Valley. But Gabe was unique among his brothers for his down-to-earth, easygoing ways, and his affinity for manual labor.

With the door to his workshop open, a sea breeze swirled through the sawdust-scented air. Gabe’s white T-shirt clung to his upper back, highlighting bands of muscle that ran along his shoulder blades. His forearms were lightly coated with a sheen of sweat and wood dust, which shouldn’t have been sexy, or so she told herself. But the strength there was testament to the physical labor he did every day. His jeans rode low on narrow hips, thanks in part to the weight of a tool belt.

And just like that, her temperature went from garden-variety warm to scorching. So much for kicking the crush. 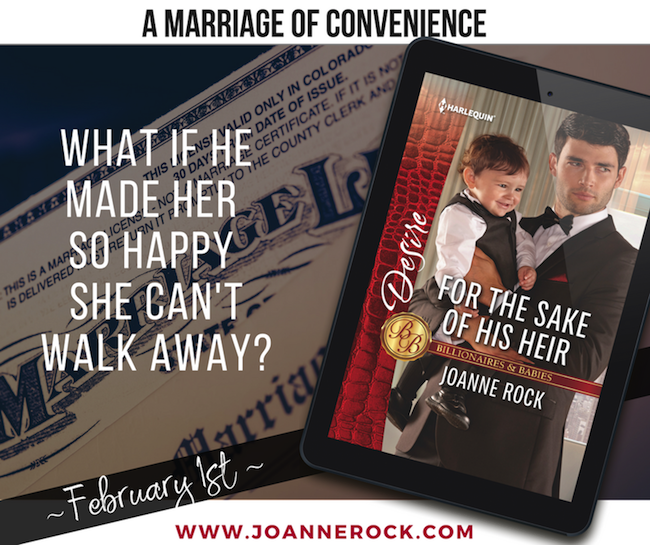 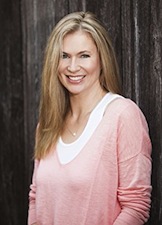 Four-time RITA nominee Joanne Rock has never met a romance sub-genre she didn’t like. The author of over eighty books enjoys writing a wide range of stories, most recently focusing on sexy contemporaries and small town family sagas. An optimist by nature and perpetual seeker of silver linings, Joanne finds romance fits her life outlook perfectly–love is worth fighting for. A frequent speaker at regional and national writing conferences she enjoys giving back to the writing community that nurtured and inspired her early career. She has a Masters degree in Literature from the University of Louisville but credits her fiction writing skills to her intensive study with friend and fellow author Catherine Mann. When she’s not writing, Joanne enjoys travel, especially to see her favorite sports teams play with her former sports editor husband and three athletic-minded sons.