Hey guys!  Trying something new.  Here’s some info on a new book coming out next month.  I got first crack at a cover reveal and I’ll be reviewing it, as well!  How exciting!  here it is:

Desire can have dire consequences

Two years ago, David Madden made a mistake that almost cost him his marriage. His wife, Alison, gave him another chance, but she has not forgotten, nor has she forgiven.

Then David meets the alluring Nina at a theatre in London. When he loses his phone in the dark, she helps him find it, and by giving her his number he unwittingly invites her into his life. What David initially views as an innocent flirt turns into a dangerous game of deception. His increasingly suspicious wife thinks something is up, and each lie he tells pushes them further apart.

Nina pursues David relentlessly, following him to New York where she gives him an ultimatum: sleep with her, just one time, and then she’ll get out of his life forever; or she’ll ruin everything he holds dear.

Of course, once won’t be enough for Nina, and what David hoped would be the end is merely the beginning.

A modern-day Fatal Attraction, Just One Time is a steamy psychological thriller that will have you hooked from the first page and holding your breath until its shocking conclusion.

This book is a standalone.  It contains some graphic sexual content. 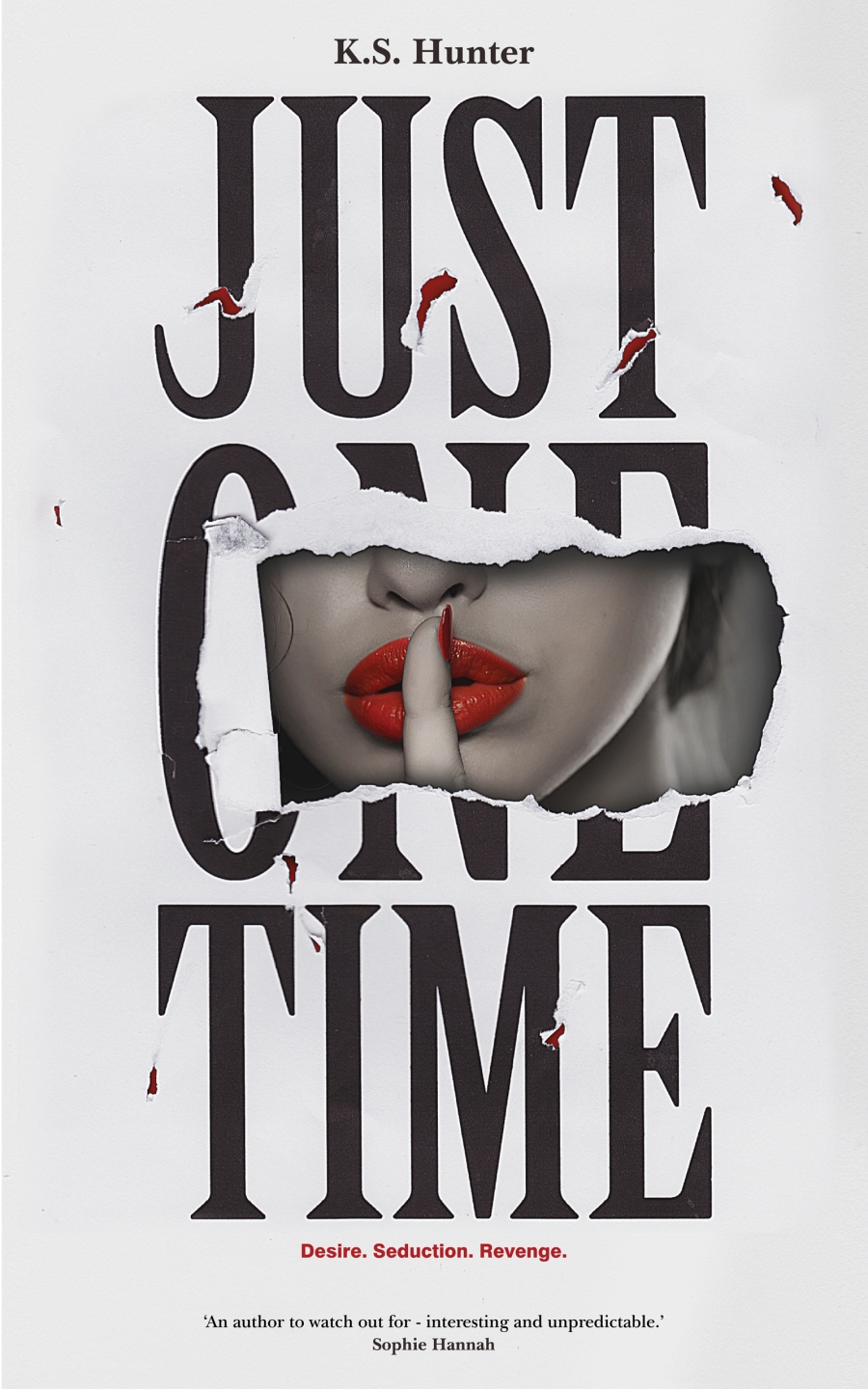 K.S. Hunter is the pseudonym of an international bestselling author. The identity of the
author, who lives in the United Kingdom, will remain a mystery.

Stalk K.S. Hunter by clicking on the following links